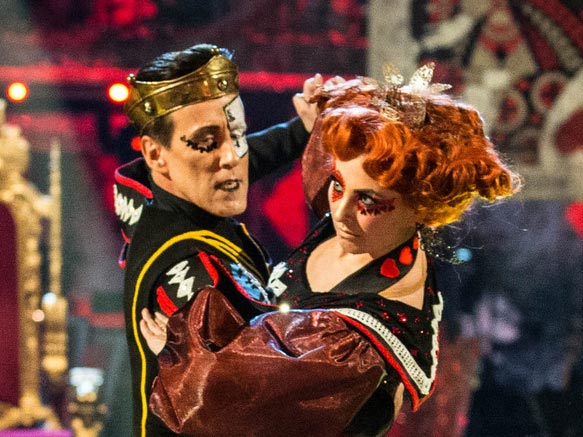 Strictly’s Halloween special this year was certainly filled with tricks and treats aplenty! For Emma and me – rival King and Queen from a haunted pack of cards – our dance was a classy Tango to classical Bach… but could we play our cards right to win all the judges’ hearts? Most importantly: which couple’s Strictly dream was to turn into a fateful Halloween nightmare? 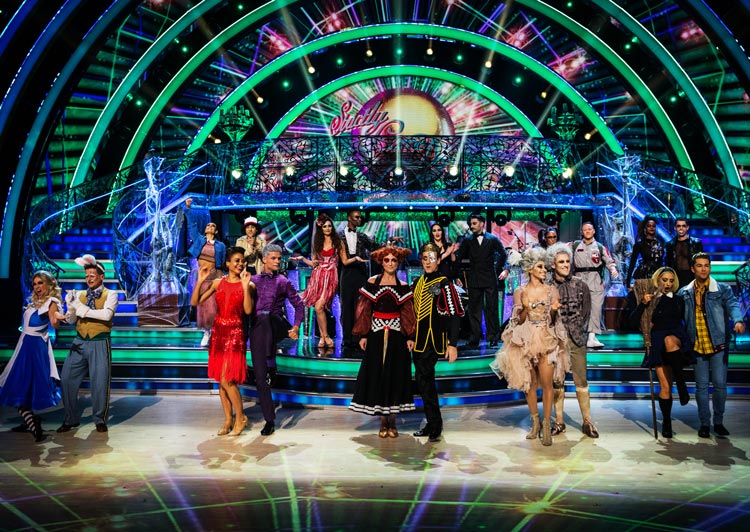 The weekend’s thrills were matched with spills and I must start by wishing both Will and Neil swift recoveries from their injuries in training. Very sadly, Will announced yesterday that he must withdraw from the competition under doctors’ orders to allow his knee chance to heal properly. We all wish him the very best and hope that he continues to dance in the future – he’s been such an inspiration to so many in demonstrating that anything truly is possible. His incredible Couples’ Choice dance, beautifully performed and choreographed with Janette, is certainly a high to go out on.

For team #Emmton (to coin the lingo!), our training got off to a very good start as the excitement of learning the tango took hold of Emma. It’s one of the most iconic and popular dances for the celebrities to learn and one which always creates a thrill of excitement when they hear it’s up next. Strictly superfan Emma was no exception to this rule!

Now, leading on from the prior week’s Paso, there were elements which gave us some common ground in approaching the Tango: attitude and dramatics in particular. But returning to a Ballroom frame, with new posture, new rhythmic structure, and of course new steps all to be perfected, we were in many respects back to square one in learning this proper, classical Tango.

Classical’s the word, too, as our music was to be Bach’s Toccata and Fugue in D minor – the introduction of which sounds like the opening to a good Hammer Horror film! It’s a strongly rhythmic, almost hypnotic piece with a crisp driving beat and a tempestuous tempo. Perhaps the most challenging aspect of it, though, for Emma, was that there aren’t any words! That’s an interesting point: for us professionals, lyrics are useful in providing a context, a narrative, and even inspiring the choreography too, but for our celebs the words can be a useful aide memoire for keeping one’s place in a routine and remembering what comes next!

The Halloween theming gave us a framework within which we could create our characters and their story – not perhaps the typical ghouls and demons of traditional scary fare, but something a little more sophisticated, I like to think! 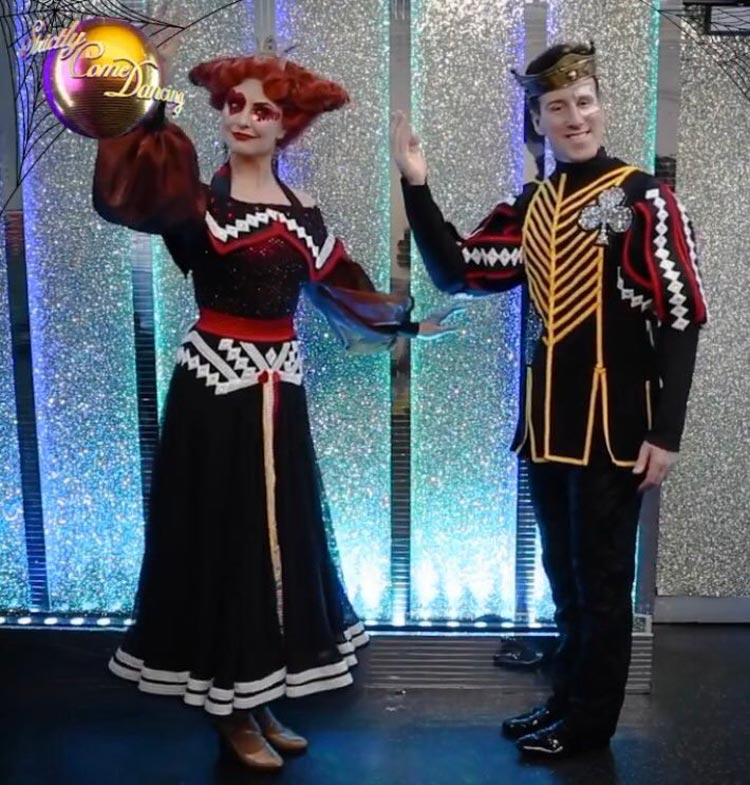 The routine was once again filled with technical content – it’s thrilling to see Emma pick up the steps so quickly and so naturally. The complexities of the routine, on a themed weekend, then go up yet another notch when it comes to wardrobe, hair and make-up. Emma, to my mind, took all these things in her stride – ever the professional, and by the weekend I was confident that our routine would deliver in spades and spare us any nasty surprises!

On the night, the treats kept coming as the running order revealed we were first up! There we were – me: Anton, reigning King of Clubs, on my throne, and Emma: Queen of Hearts by my side ready to contest me through dance! Cue the sinister organ introduction … Emma curtsied… and we stepped down to the floor together most regally to fight for the crown! The music then took off at a terrific tempo and we were off, in hold, spinning in time as we danced out our rivalry for this haunted card kingdom. 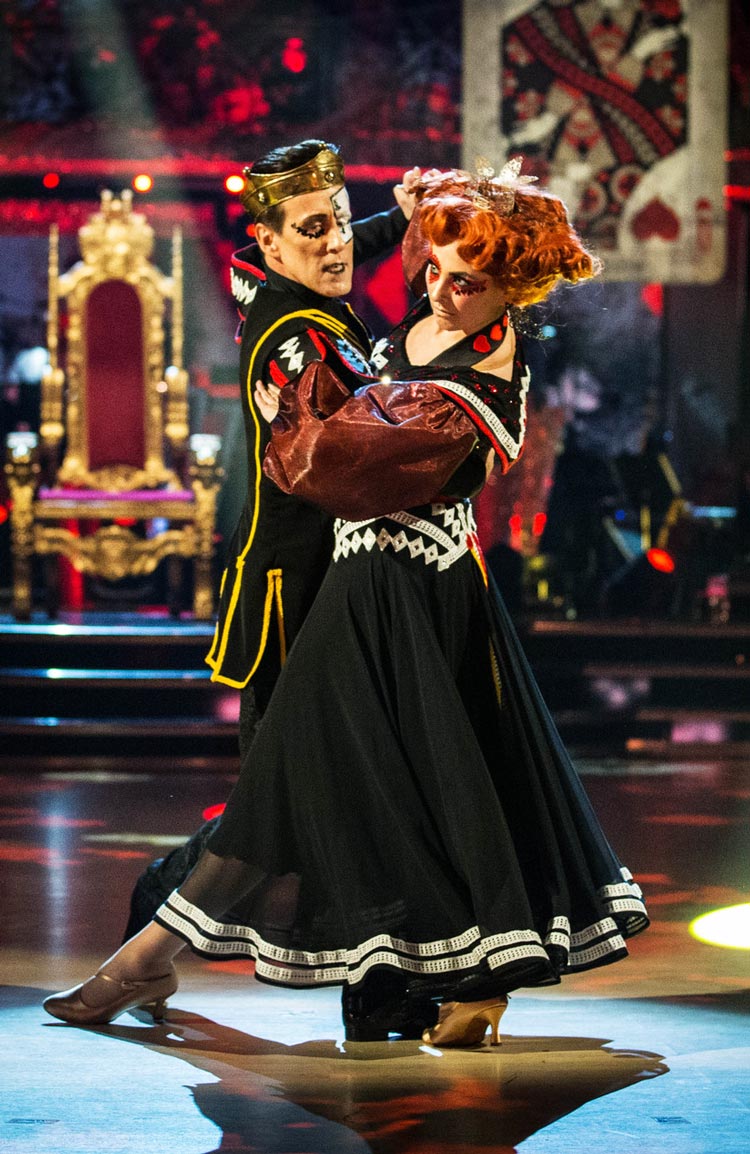 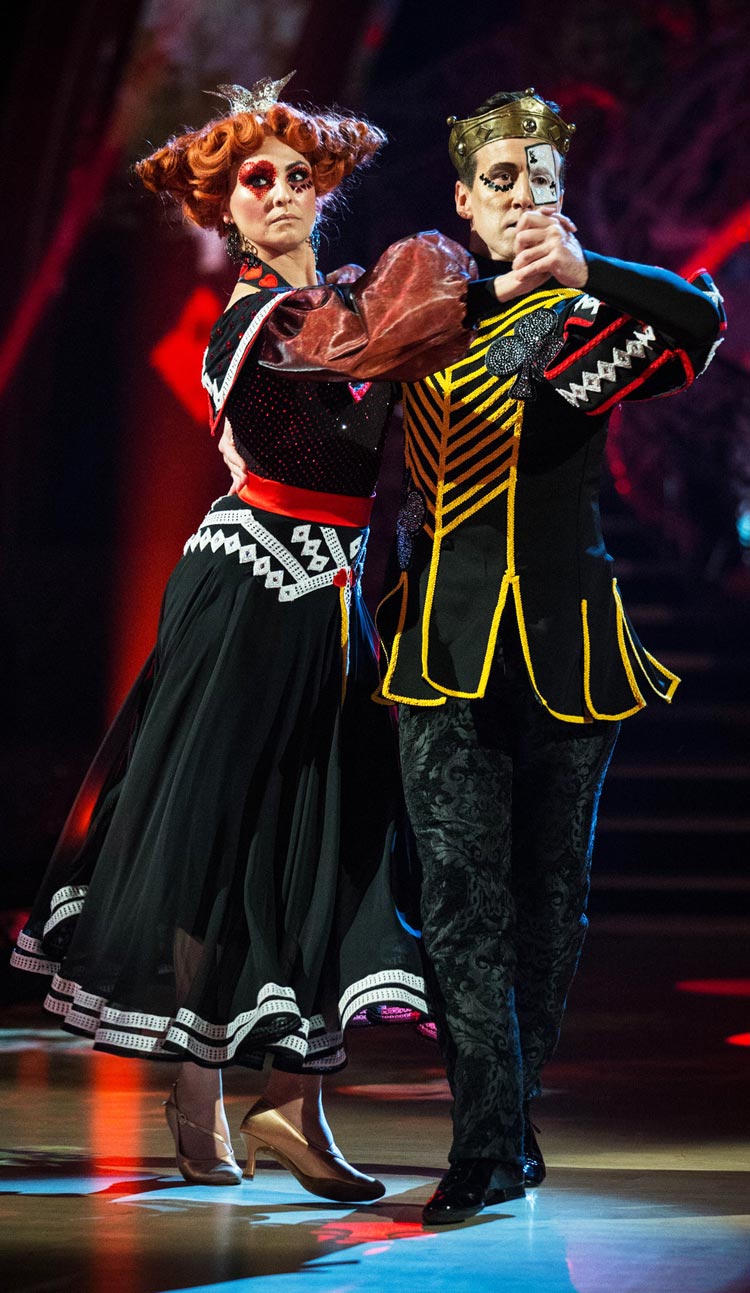 What a wonderful Tango Emma delivered – I have to say, I thoroughly enjoyed it! Her posture, frame, footwork, and remarkable drive through this dance were all to be applauded – a performance worthy of any competition dance floor, and I was incredibly proud of her! It really was a royal duel of a Tango… resolved as the music drew to its close with Queen Emma rising to the top of the pack, claiming victory, the throne, and rapturous applause from the audience!

I may have been deposed, but that mattered not when such an ace had been pulled from our sleeves!

The judges were, on the whole, enchanted; mostly. Shirley said Emma did very well – quite sharp, staccato, and she appreciated the technical content; Bruno saw classical beauty, grand production, and rhapsodied on the concept. Motsi commended Emma’s grasp of the complicated choreography, and her great posture and character but wanted her to push it even more. Craig, however, said he must have been watching a different dance as he thought it lacked aggression, drive, attack, and sufficient staccato. I’m sure for the first time everyone was agreeing with Craig – he must have been watching a different dance!

The scores were a mixed bag, starting low with just a 5 from Craig, 7 from Motsi and ending on more of a high with 8s from Shirley and Bruno. 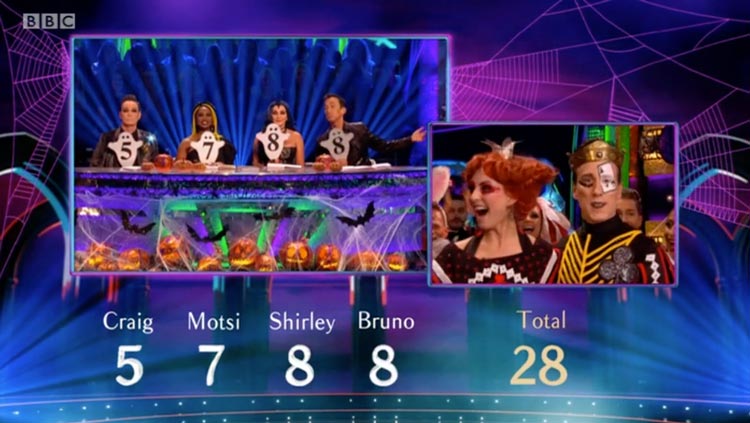 A total of 28 is certainly a score to be proud of, even if I do think the dance was deserving of more – but with such a high calibre of performances that night, it placed us seventh from the top of the leaderboard… and therefore fourth from bottom – the danger zone! 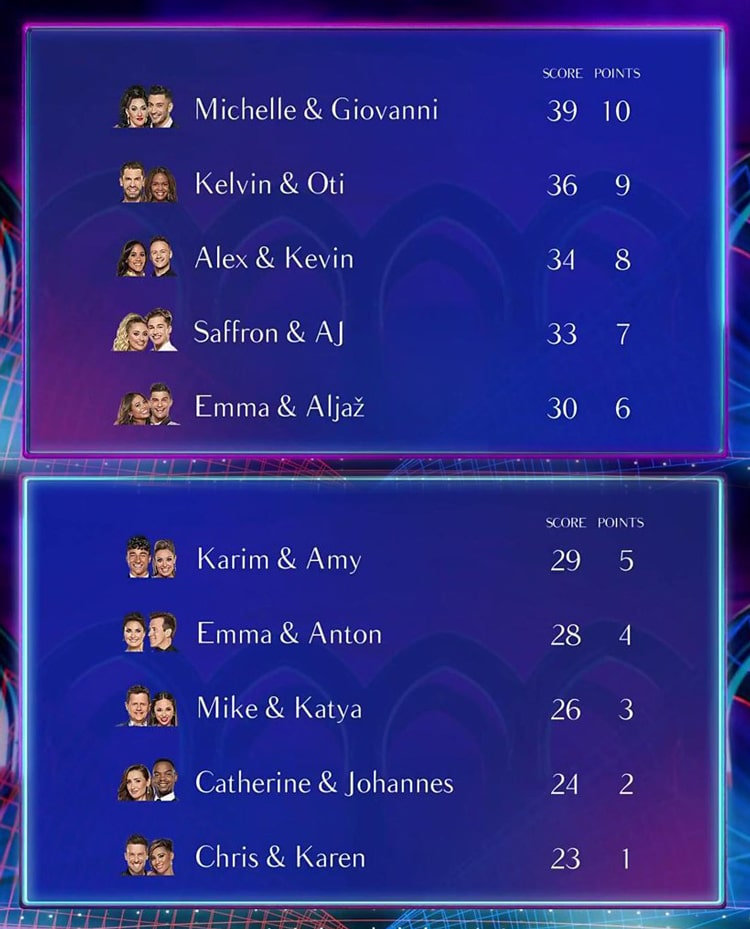 “I felt as if it was the best one I had done!” @theemmabarton and @mrantondubeke may have been hoping for higher scores, but we loved their Tango! #Strictly

Sunday night brought the Results Show to our screens, with no let-up in the shocks and frights. Thankfully, and thanks to you for your wonderful and generous votes, Emma and I were spared the dance-off spotlight’s grisly red glow…

The cards have been dealt… @EmmaBarton and @TheAntonDuBeke will be back to join the pack next week! #Strictly pic.twitter.com/gnsVImLaaM

…But for two couples: Mike & Katya and Catherine & Johannes, the frights kept coming.

The Halloween weekend was certainly turning into a tale of the unexpected as the dance-off played out before us. Two thrilling repeat performances had the judges divided, and with both Craig and Shirley seeing more merit in Mike’s, it meant the nightmare became all too real for our wonderfully gifted ‘Aunty Cath’ – she and Johannes were eliminated and spirited out of Strictly. Not the first time this series that a serious contender for the title has fallen unexpectedly at an early hurdle, once again the result cast a spotlight on the viewers’ votes – every one vital to keep your favourites dancing!

If we don’t dwell on Craig’s 5 (and don’t forget, he did say he must have been watching another dance!) I think we’re doing incredibly well week-on-week: a steady overall climb in our scores and a flash of brilliance along the way with our Viennese which just goes to show what’s possible. And that’s exactly the attitude we’re taking forward with us: anything’s possible!

With the stakes ever higher, Emma and I are thrilled to be through to week 7 and we’re working on a beautifully romantic Rumba to win the hearts of all the judges this weekend… let’s hope!

Tune in this Saturday, 7pm on BBC1 – where I hope my wonderful Queen of Hearts will once again win yours!