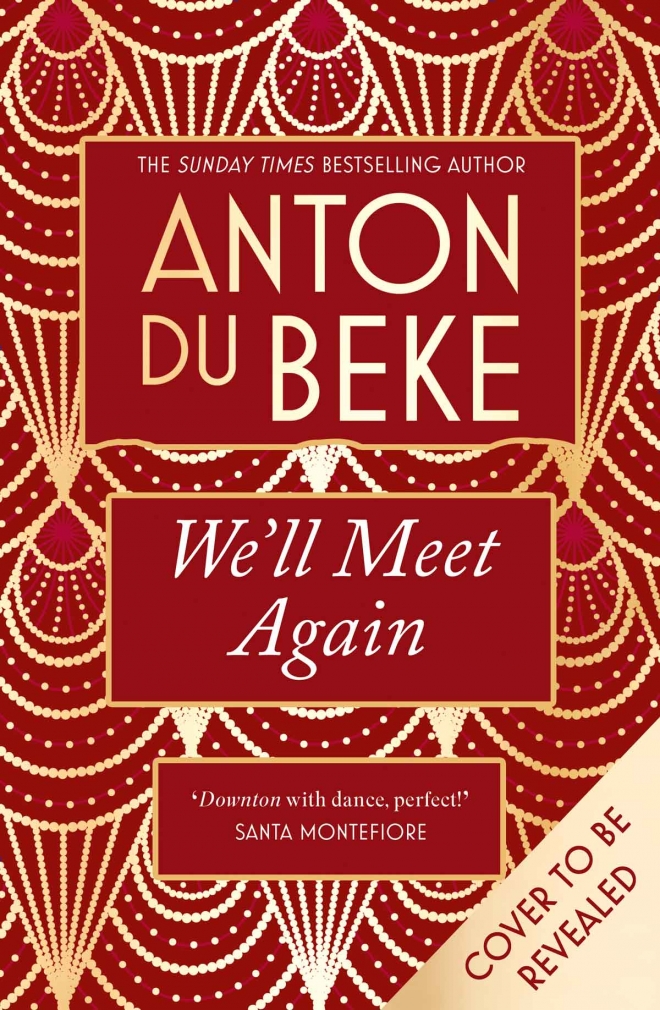 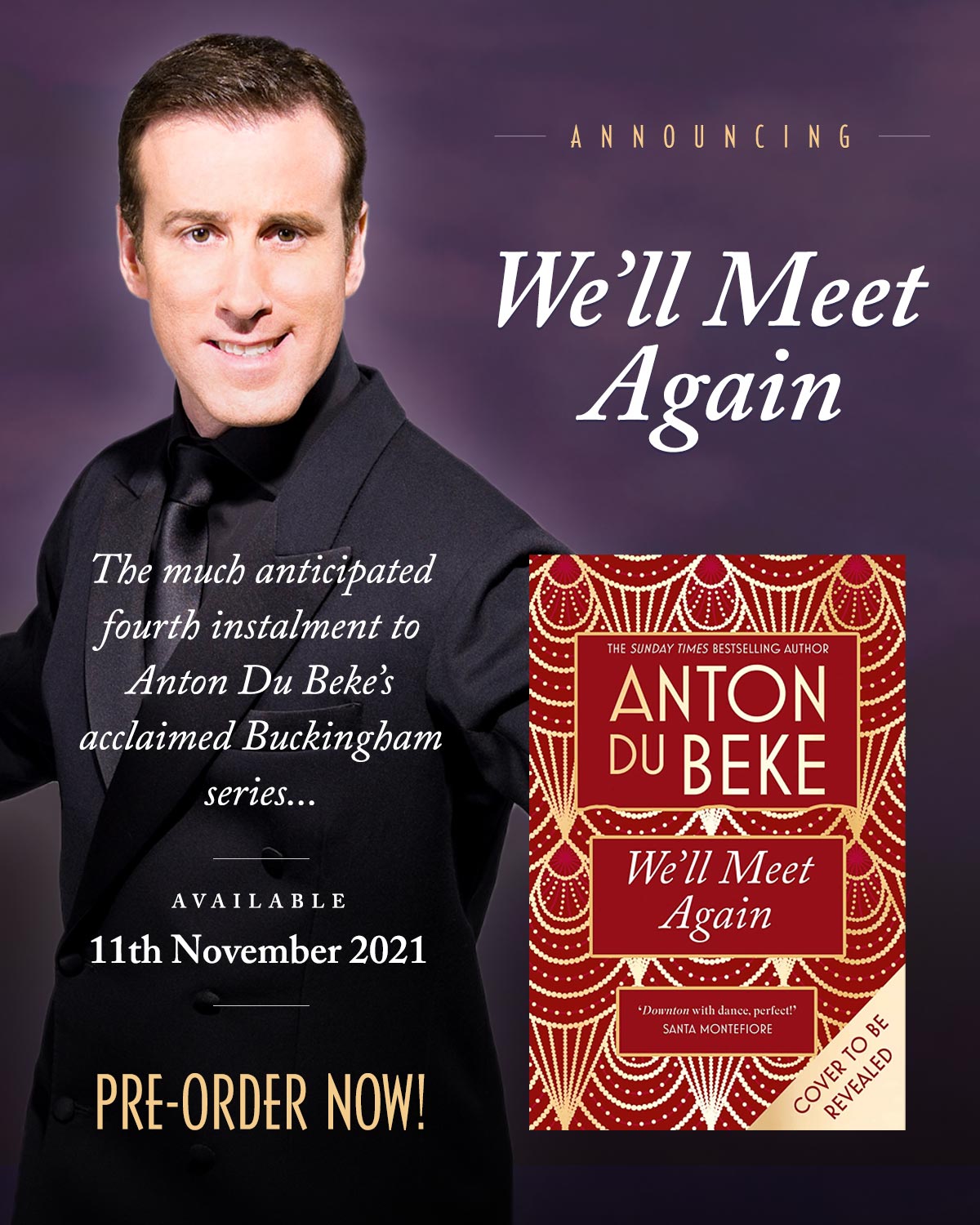 As war is declared once more, a shadow falls over Britain. The staff at the luxurious Buckingham hotel must do all that they can to keep their important guests happy, but behind the scenes they are scared. Away from the glitz and the glamour of the ballroom they must face this new reality.

Newlywed Nancy knows that her brave husband, debonair dancer Raymond de Guise will want to fight for his country and enlist. She loves and supports him but is heartbroken at the thought of them being apart, and the dangers he will face.

With a new hotel manager at the helm, no one knows what the future holds but as fashionable society retreats from London and staff depart to sign up for service, one thing is for certain; life at the Buckingham will never be the same again. 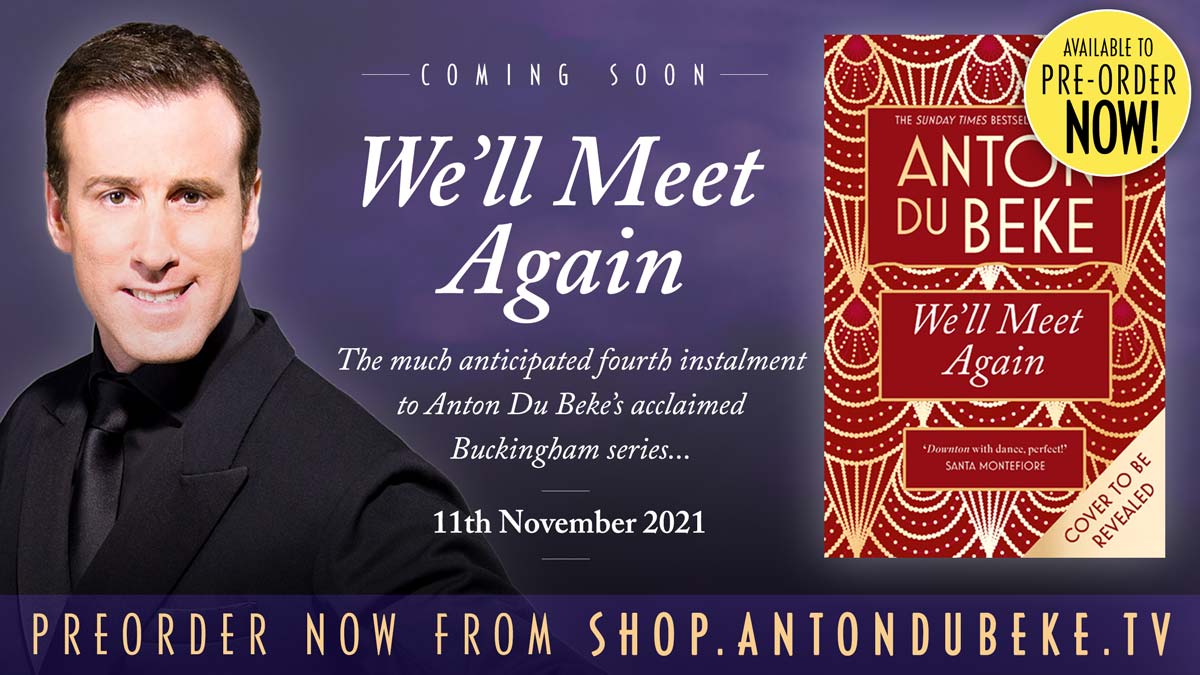 It gives me very great pleasure to announce that my brand new book will be coming out on the 11th November this year – and I can today reveal that the title is… ‘We’ll Meet Again‘!

This, the fourth instalment in my series, is set in the second world war as you might have deduced from the title. We’re back at the Buckingham, the incredibly swish, luxury hotel in London’s Mayfair which has been the location for all of my novels so far. Whilst the hotel is of course fictional, it is an amalgam of all of the wonderful places I’ve danced over the years – and the remarkable people I’ve met in doing so. The previous books have been set in the interwar years, a period I find intensely fascinating: it’s a time in history when things were changing so quickly but also when dance was such an important part of everyone’s lives. And at the Buckingham, that rang true for the guests – and the staff alike.

As with all of my other books, I introduce you to the world of the Buckingham and the characters at the start so you can dive in to this new one without having read the previous ones. Having said that, I recommend you do at some point – they’re tremendous books, even if I do say so myself! 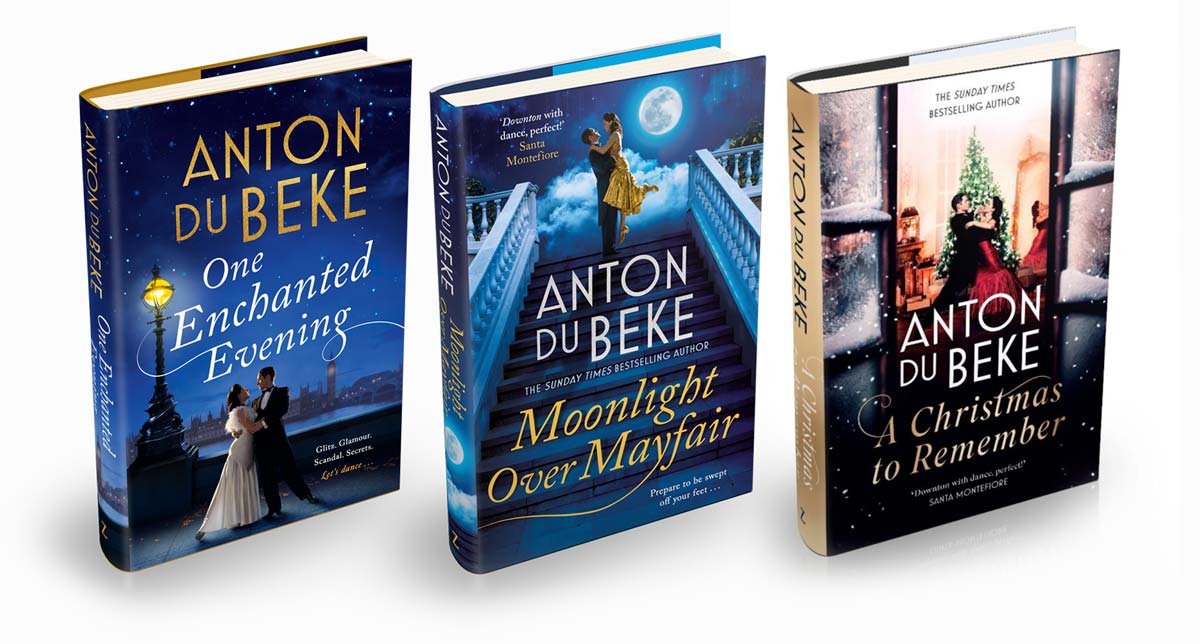 ‘We’ll Meet Again‘ opens with the declaration of war and we instantly know that life at the Buckingham is about the change. The staff still have to smile and keep the guests happy, but behind the scenes they are all fearful, and uncertain of their futures.

One of our main characters is a handsome chap named Raymond de Guise: a professional demonstration dancer at the hotel – and definitely not based on the author at all(!) He has just married his sweetheart, hotel chambermaid Nancy but he feels it is his duty to fight for his country and enlist. Of course, these newlyweds are heartbroken to be separated.

Despite the shadow of war hanging over them, the Buckingham dance floor is still a place of glitz and glamour, along with the gossip and secrets which thread their way through the hotel’s corridors and beyond into the streets of London Town. But with the call to arms, and before so many of the menfolk go off to the trenches, they have a spectacular Christmas ball with lots of dancing so vital at that time to help lift spirits!

The hotel receives a new manager who is of ‘advancing years’, and the staff as a result have no confidence in his ability to steer them through these difficult times – particularly as families start evacuating and high society start fleeing the city.

Will the Buckingham survive the war?… You’ll have to read ‘We’ll Meet Again’ to find out! 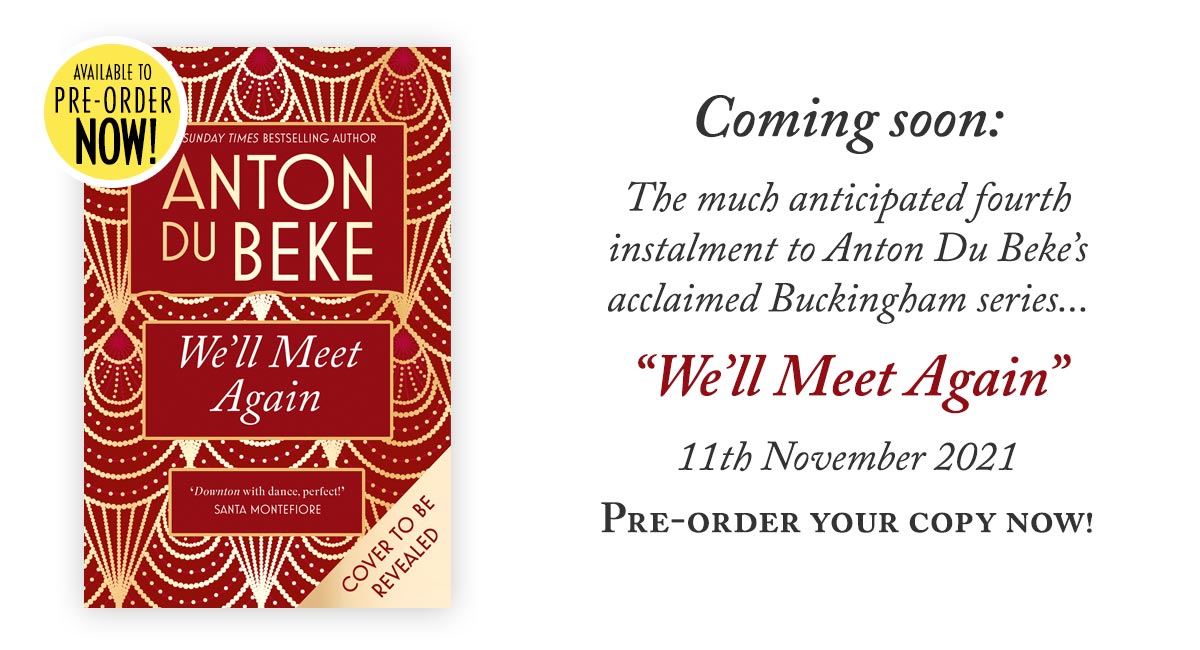 You’ll find free audiobook previews of my first three novels on the shop, too, enabling you to try-before-you-buy, so do explore. ‘We’ll Meet Again’ will also be released as an audiobook, date to be confirmed – stay tuned for news on that, along with the cover reveal too – you can imagine how eager I am to see it!

If you haven’t already read ‘One Enchanted Evening‘, ‘Moonlight Over Mayfair‘, or ‘A Christmas To Remember‘… now’s your chance – plenty of time to catch up with them before ‘We’ll Meet Again’ comes out! It gives me such pleasure to be able to share my stories with you – I do so hope you enjoy them!