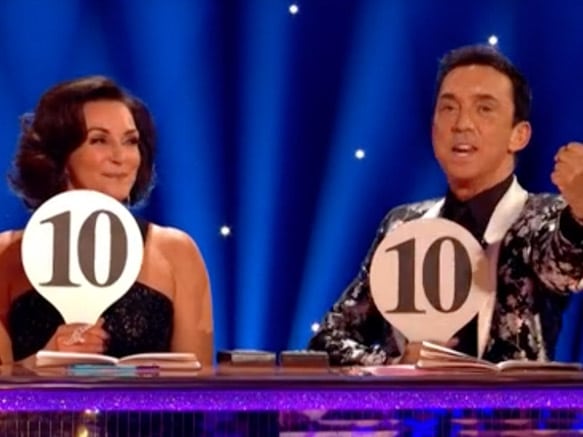 Stars aligned last Saturday. Seventeen series in the making… fifteen years of steadfast determination and commitment to the glitter ball… there in the world famous Blackpool Tower Ballroom – celebrating its 125th anniversary – and with ‘lucky seven’ couples left in the competition, our number was up on Saturday night. That number was a ten… and not just one, but two!

Not to over-egg the situation, but I’d go as far as to say Strictly history has been made! My first ever 10 – from our head judge Shirley … swiftly followed by a second ten from Bruno! My reaction, I’m sure, conveyed it all! 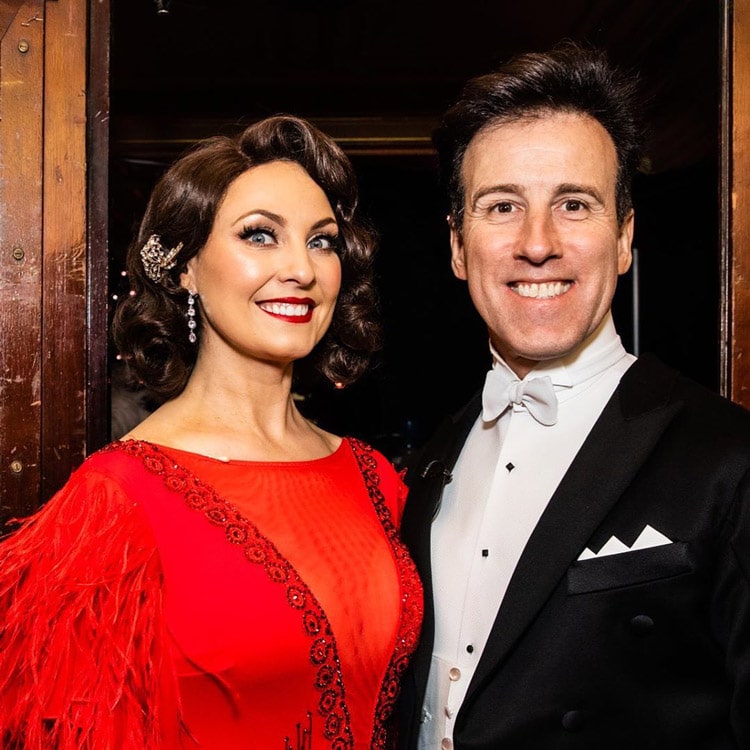 Let’s get straight to it: what a stellar performance Emma gave! Talk about stars aligning, we couldn’t have had a better number to perform there in that magical grand ballroom. The American Smooth was a gift – and, set to the Irving Berlin classic ‘Let’s Face The Music And Dance’, who wouldn’t be inspired (and moved) by the original Fred & Ginger number from the film ‘Follow The Fleet’? Released from the requirement of staying in Ballroom hold throughout, this dance came at just the right time to give us the freedom to fill every inch of that voluminous dance floor!

It was pure joy. Pure Hollywood style, glamour, elegance, panache. Emma carried it off beautifully… with complex fast-paced choreography, and our all backing dancers to negotiate too – and what about those lifts, launched skyward, light as a feather, holding her pose so marvellously. Such finesse! 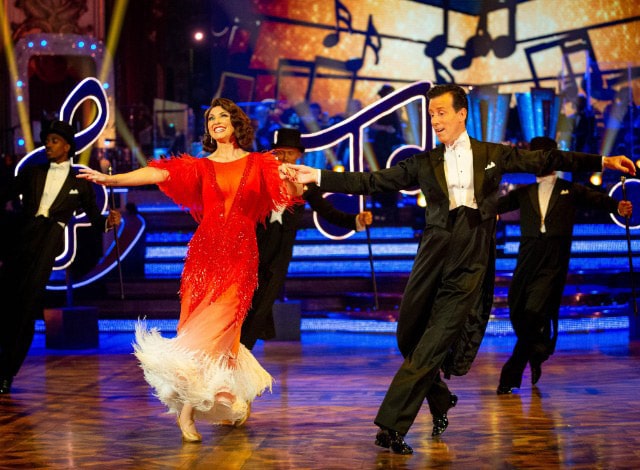 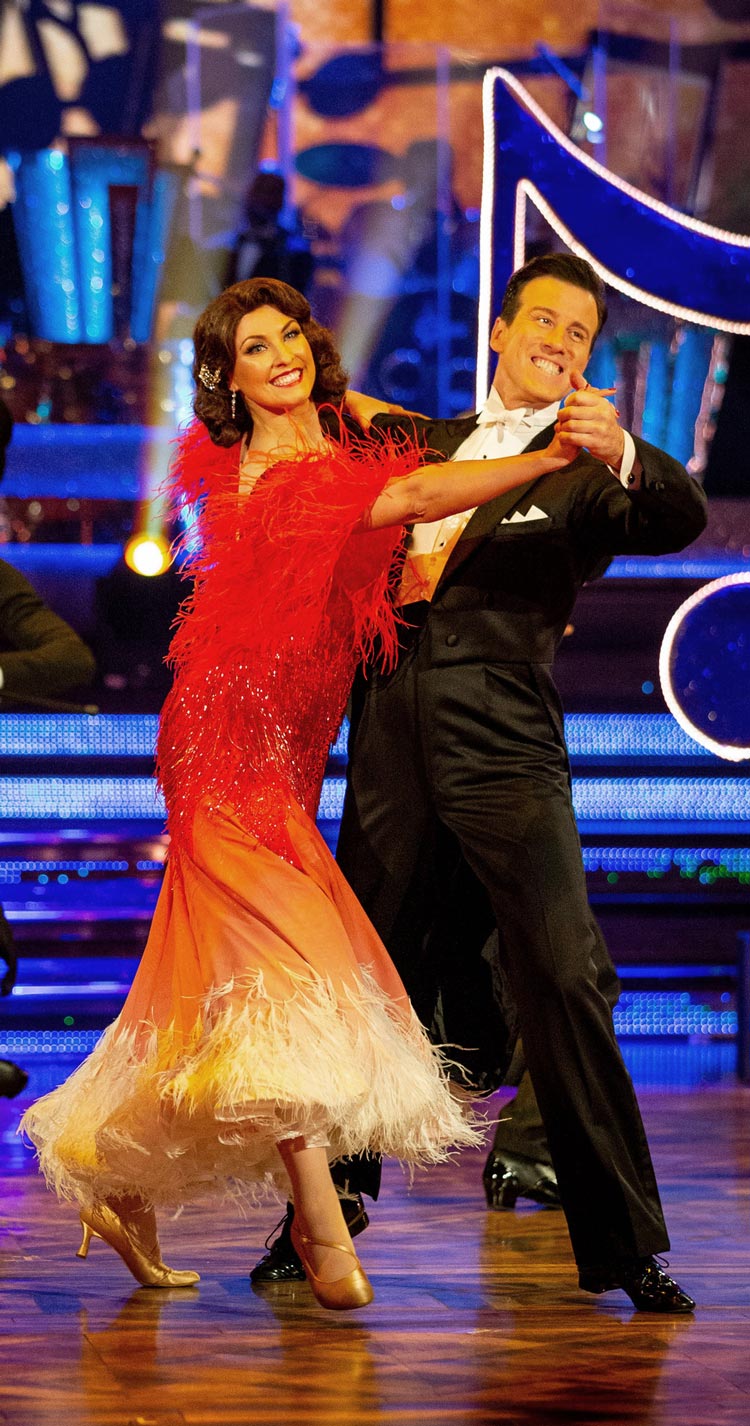 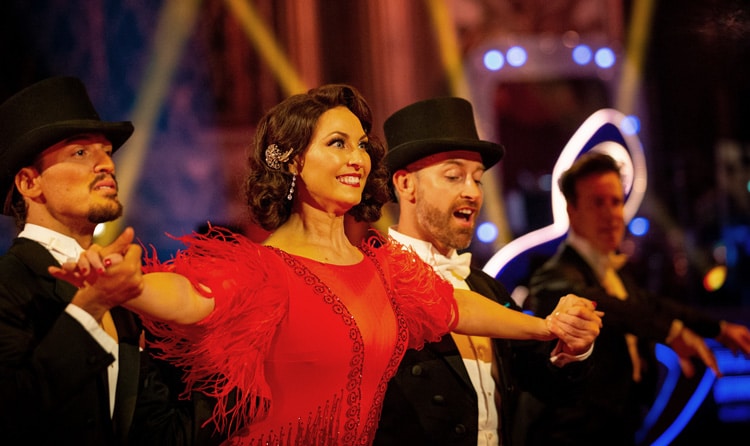 Let's face the music and dance… the American Smooth. 🎵 @EmmaBarton and @TheAntonDuBeke are hitting all the right notes tonight! #strictly pic.twitter.com/4sij5RMFhZ

When the music shifted to the minor key just before the end and we began our dizzying sequence of pivots, we were in the home straight. One more big lift for Emma as our finalé, bathed in the spotlight …and we’d done it! 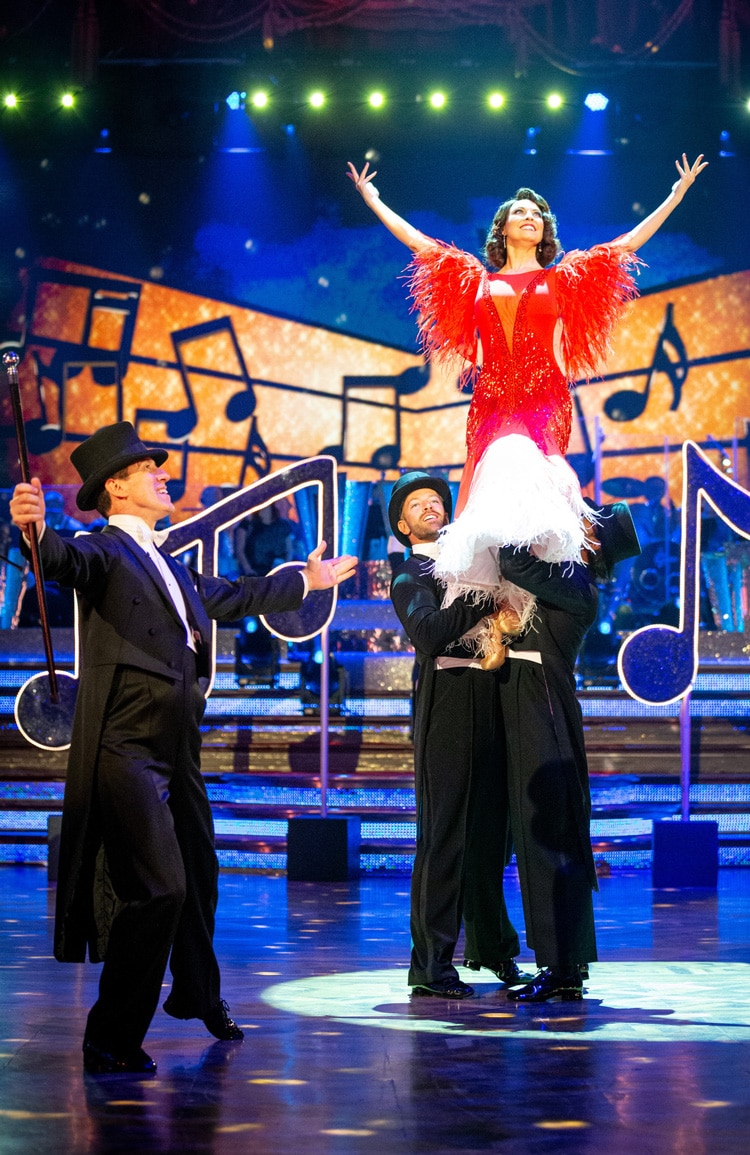 The audience erupted and rose to their feet – and as we glanced across to the judges’ desk… so too had Shirley and Bruno!

Surely we’d done alright? Surely this was enough to win the judges’ approval? Any trepidation was short-lived.

Bruno effused “Glamorous, glossy, classy, sophisticated… 1940s movie queen… had the character down to a tee. Wonderful finish, great lines.” My goodness – what a starter! Craig then went on to astound us: “Absolutely beautiful movement around the floor, elegant, graceful.” He took exception to Emma’s expression, calling it a “china doll look” of all things, but wrapped up by saying we “hit some absolutely fantastic lines!” Motsi kept up the praise, saying that Emma looked divine and that the dance was “amazing, all about the music, looked as light as a feather. I think that was your best dance!” And finally, head judge Shirley tied it all up with a lovely ribbon: “You covered everything, and I thought your face was correct for this dance. Beautiful footwork, pivots: gorgeous, by far your best dance so far.”

At that, I was floating on air, and instantly compelled to dash up to the desk and give our Shirley a kiss after such wonderful comments!

We were bubbling over with excitement as we headed up to the Clauditorium. Then, when the scores came: 8 from Craig… 9 from Motsi… and then – in my seventeenth run at the glitter ball, seventeen different partners, 118 Strictly dances gone before… it happened – it finally happened! It was one of those slow motion moments – I can still re-live it now – as Shirley with a glint in her eye, announced “Anton, Emma… TEN!” And leapt off her chair with the Ten paddle in hand.

Well, in all these years, I’d never once given up hope, but it always seemed to unattainable. Not any more! My marvellous ballroom belle Emma Barton had gone and got me a TEN! Then, what should happen, but Bruno only went and gave us another!! Two Tens! TWO TENS!! Astonishing!

"Now I know how Kevin Clifton feels" Anton Du Beke just got his first 10s on #Strictly EVER! pic.twitter.com/OzIp3zF1c7 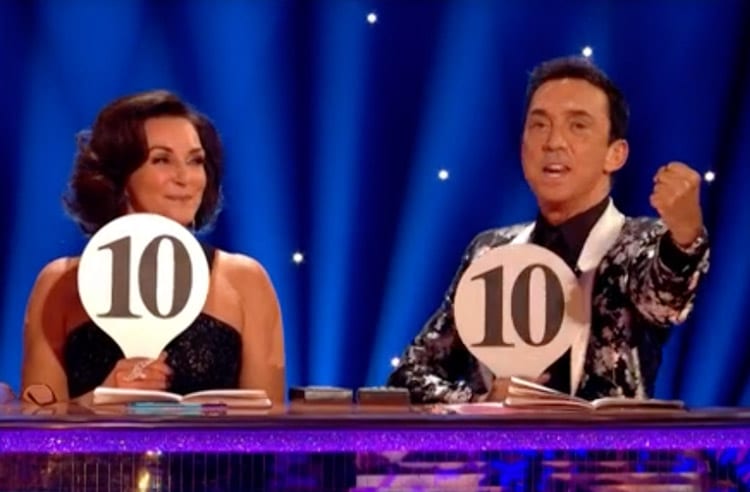 I was overcome, much like an out of body experience, such was the shock and elation. Bear in mind… 118 previous dances, and never a ten before… until that night – there in the glorious Blackpool Tower Ballroom, live to the nation, after the most wonderful Hollywood inspired number with my simply fabulous partner, what a team! We’d done it!! …And achieved my highest ever Strictly score, to boot!

Emma was so over the moon too – it had been such an ambition of hers to reach that landmark: Blackpool (as it is for every contestant), but I don’t even think achieving a ten was on her wishlist. The celebs generally aim for a 7 until the Strictly bug bites, and then, if we’re lucky, they get as competitive as us pros – and Emma’s definitely got the bug! But I must say, even though we’re competitive, we’re all so supportive of each other – everyone was so thrilled for us. What an incredibly special moment, such an achievement – two tens (just to remind you!). A moment that will be with me forever.

The Judges' scores went big in #Blackpool. Including Anton's first EVER 10s in his entire #Strictly career. pic.twitter.com/iVd4U5ILzS

All credit to Emma for her hard work and dedication, for mastering the steps, and for losing herself in the magic of the moment as we whisked around the Tower Ballroom as though on air. Such a tremendous result for a tremendous joint effort!

Speechless! @theemmabarton just helped @mrantondubeke get his first EVER 10s on #Strictly. What a moment. 💖

We didn’t take anything for granted as the final leaderboard took shape. Third place with our 37 points was a very nice place to be overall, but could still leave us at the mercy of the dance-off without the viewers’ support too. 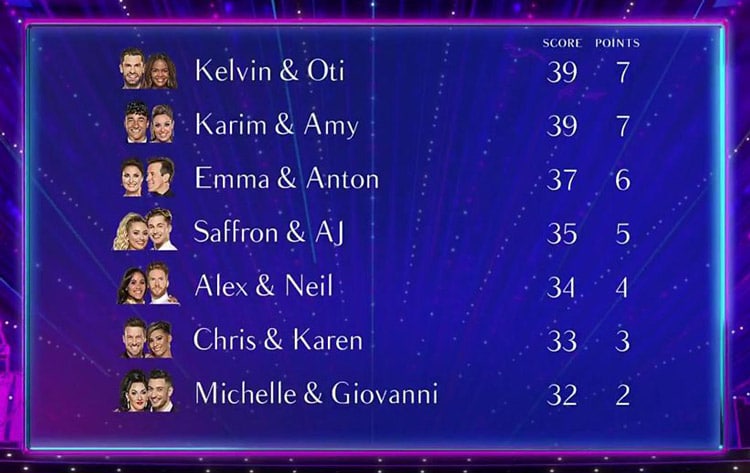 Once again, the wonderful viewers came up trumps, giving us their votes and seeing us safely through to week 10!

Huge thanks, as always, to you all for each and every vote – it’s just so marvellous to be reaching these higher rounds, and to be able to work with Emma, seeing her technique and confidence growing so fast from week to week. She’s blossoming into a real 10-point dancer – and I couldn’t be more proud!

Blackpool 2019 has been such a game changer for me – what a momentous weekend. I’m experiencing things on the show I’ve never experienced before… after all these years, reaching such new heights with the scores! And it’s all down to wonderful Emma Barton along with the kind and generous support of the viewers and their votes. Thank you all!

Each week’s tribulations are of course dampened by the trial of the dance-off. On this auspicious weekend, the bottom two couples – Michelle & Giovanni and Saffron & AJ had the unwelcome pleasure of having to reprise their dances for the judges’ final say. Both embraced that wonderful dancefloor like professional couples and gave wonderful performances. Sadly, Michelle & Giovanni’s boundary pushing ‘Vogue’ Couple’s Choice lost out to Saffron & AJ’s Quickstep. A much admired couple thus left the competition and took the floor one last time under the soaring ceiling of the Tower Ballroom.

And then there were six.

WOW! Tonight's #Strictly was almost thrilling as a ride on The Big One. 🤣 #Blackpool. pic.twitter.com/yHF7nnrhAj

…Oh the things I do for my craft!

Our week ten dance is none other than the Quickstep! (Erin’s favourite dance, I might add.) And we’ve another perfect piece of music to skip around the floor to… Just you wait and see! Let’s see if we can keep our scores as high as our spirits – there’s only one more milestone left in this year’s Strictly… the Final… and it’s getting very, very close!

Tune in to BBC1, 7pm Saturday, and keep your fingers crossed for our sparkling quickstep to a gem of a number from ‘Moulin Rouge’!