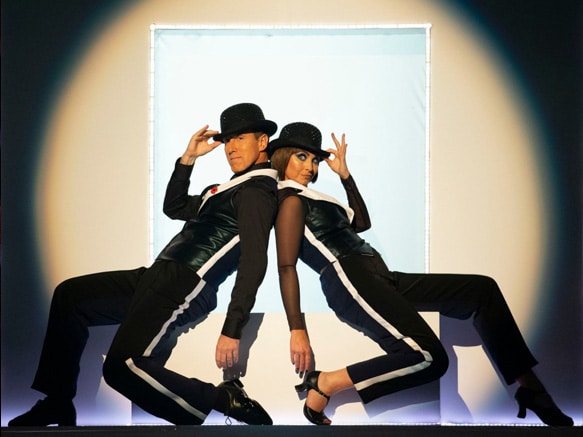 If last week felt like a rollercoaster, then the ride’s not over yet – the thrills keep coming! In the rarefied reaches of these higher weeks of Strictly, the excitement keeps building – and there are even new dance experiences to boot! I’m enjoying this series as though it were my first. Thrilled with Emma’s dedication and progress… ever grateful for the viewers’ votes and support… and simply over the moon to be heading off to compete in Blackpool!

There’s a first time for everything, and last weekend brought my first ever Couple’s Choice routine on Strictly. Introduced just last year, unfortunately Susannah and I left the competition far too early to be able to give it a whirl, but this year, to have been given the opportunity with Emma was just a dream!

Choosing between Contemporary, Street/Commercial and Theatre/Jazz, it allows the couples to try something outside the ‘frame, hold and lifts’ rules of the Ballroom and the current 12-dance repertoire. It also provides a wonderful opportunity to choose a dance which plays directly to our partner’s strengths – high scores for these dances are, as a result, not uncommon!

For Emma, having played the role of Roxie in ‘Chicago’ back in 2009, and being no stranger to treading the boards, it simply had to be theatre/jazz. It’s a musical theatre style, blending elements of modern theatre, soft shoe, tap and perhaps even burlesque. It’s something of a favourite genre of mine too – for those of you who’ve come along to my annual tour with Erin Boag, we always include a number in this style and it goes down a treat. You can have real fun with the staging, costumes and choreography and they’re such great fun to perform. You can imagine how excited we both were, after the Rumba, to learn that this was our next dance… just the tonic!

As is customary with Couple’s Choice, the producers bring in specialist choreographers to help us perfect our routine. We were gifted the remarkable talents of Alan Burkitt assisted by fabulous Sarah Faith-Brown and together we devised a marvellous, sophisticated, modern dance number with cues and inferences from the work of Hollywood legends, and multi award-winners Bob Fosse and Gwen Verdon. Fosse, you may already know, was the director and choreographer of those incredible classics ‘Cabaret’ and ‘Chicago’ – and Verdon had been his third wife and somewhat unsung collaborator. We were in our element!

We’re back at The Ballroom!!🚨🌟Watch out for this fabulous duo tomorrow on @bbcstrictly that have been working their butts off for us all week rehearsing their theatre jazz piece. Working with you both has been an absolute pleasure and of course to work for my favourite superstar @alanburkitt is always a dream come true💋 Love you all xoxo #strictlycomedancing #musicaltheatre #jazz #assistantchoreographer #keepdancing #professionaldancer #tutor #coupleschoice #rehearsals

Rehearsals were a joy, and so much fun. Ian Waite’s Gold Star for Emma’s progress in It Takes Two was the perfect boost to banish nerves as show-day approached, and excitement continued to build as we tried our fabulous matching costumes – including sparkly bowlers – in the dress run. 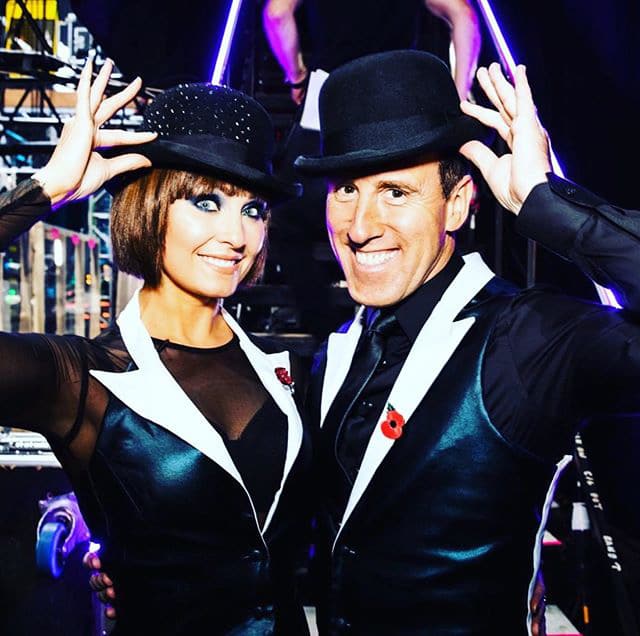 On the night, we were sixth in the running order, and watching so many high calibre couples perform before us – and with Blackpool at stake, the pressure really was on!

Set to ‘Right Now’, the Pussycat Dolls version (though I’ll admit, I was more familiar with Mel Tormé’s fabulous version from 1966) it was a perfect choice for a modern blend of 1930s styling with contemporary production. And with Strictly set magic and a finger-clicking spotlit intro, we tipped our hats, locked arms, and stepped to the floor in sync! 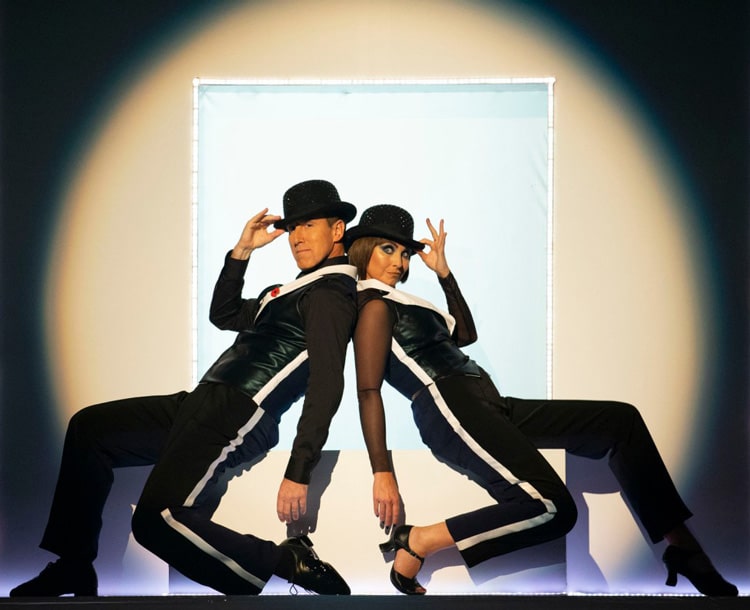 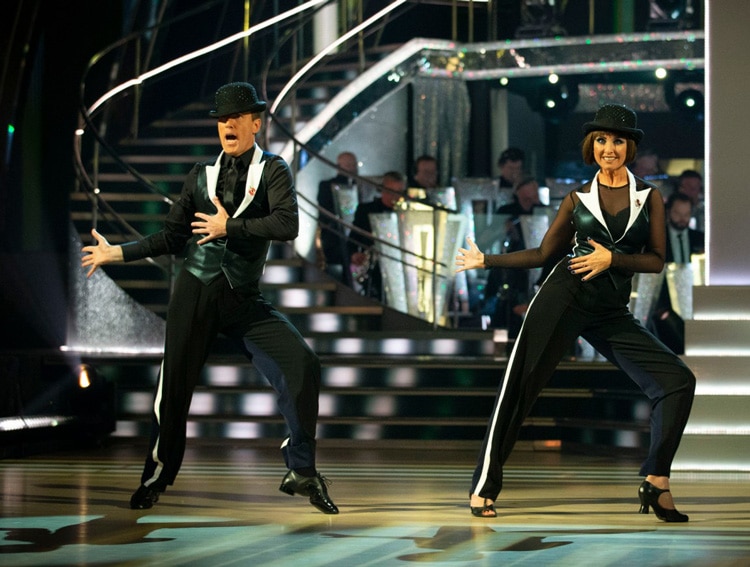 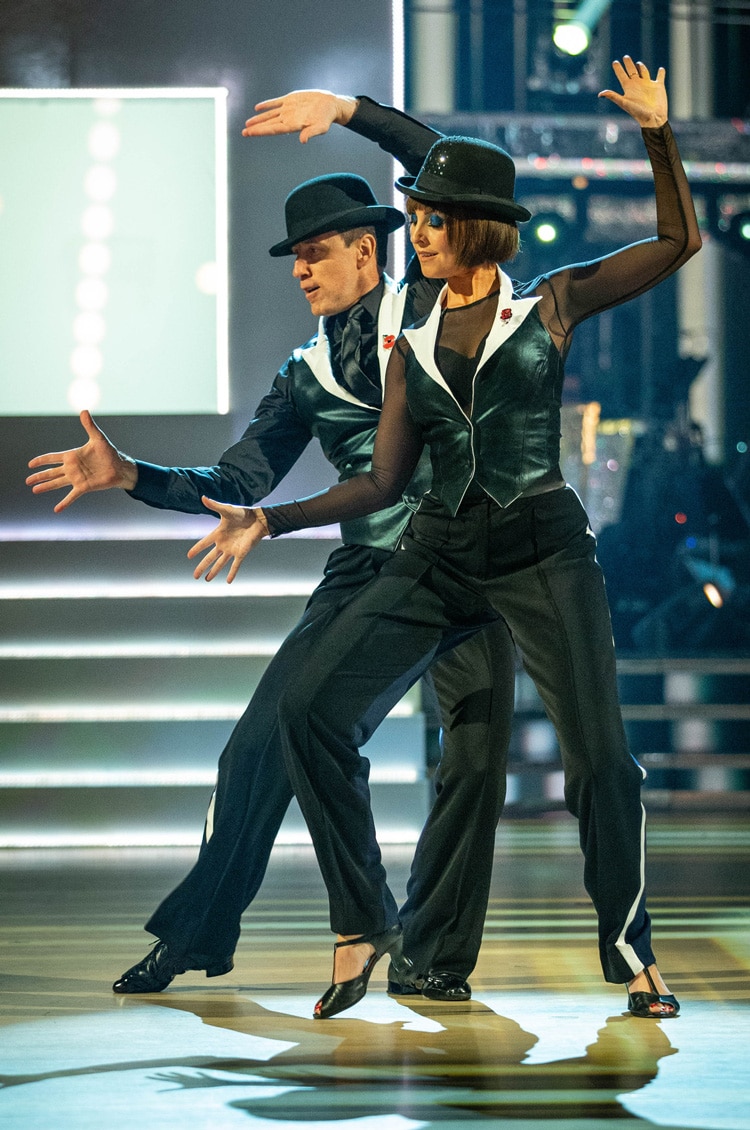 What fun we had on the dance floor! I particularly enjoyed the mirroring elements, but I also enjoyed watching Emma as she performed – and what a performance she gave. Sharp, sassy, stylish, wonderfully in character, and a master with the hat – and the leg extensions too – she had me wowed. 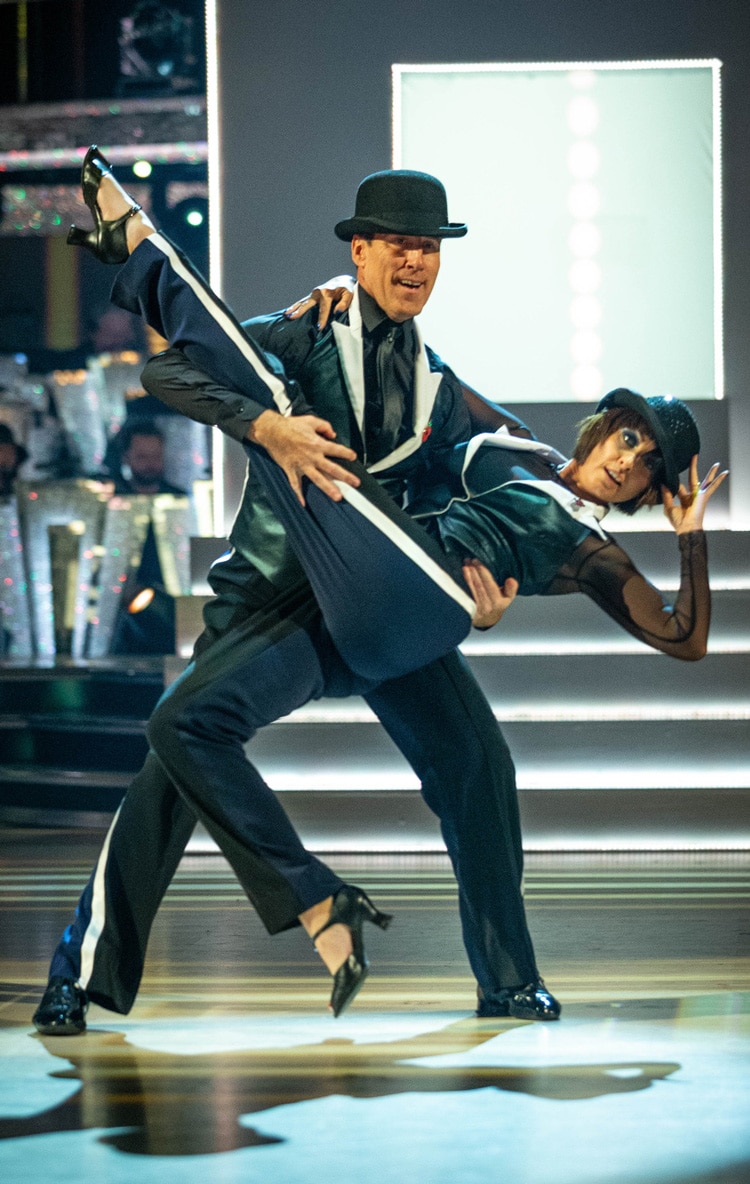 So impressive, I thought, how she kept in time independently when I was out of sight behind her – her confidence had clearly grown in leaps and bounds with this week’s dance. Plus, I’m sure having her parents in the audience must have made it all the more special.

It's as clear as black and white: @EmmaBarton and @TheAntonDuBeke were made for Theatre/Jazz. 👏 #Strictly pic.twitter.com/udySMA7jqg

Emma gave a truly fabulous performance, brimming with theatricality, dynamics and real flair – perfectly pitched to the subtlety of the routine. If the judges enjoyed it half as much as I had, we were surely on to a winner.

Bruno was very enthusiastic – “Great dance, loved the Fosse references, and the hat trick,” and went on to say that Emma was in her element and despite a few sync issues she did “a fantastic job.” Can’t ask for more than that! Even Craig ‘got it’ too: “Understated, stylised – your dance, my darling.” Music to our ears! Motsi said she really loved it – the timing, the music, the subtle movement, and even Shirley said it was “one of [our] better dances” and remarked on the detail included.

Eights from Craig, Shirley and Bruno, plus a very welcome 9 from Motsi give us a triumphant 33 points – 11 points more than last week! 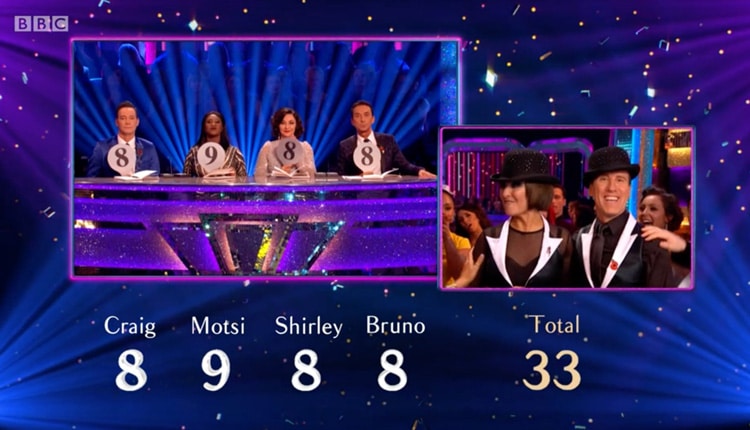 At that stage in the show it placed us second in the scoring… but with two excellent dances to follow ours, we slipped a little and ended the show in 4th place. Dangerous middle ground, with just 8 couples now left! 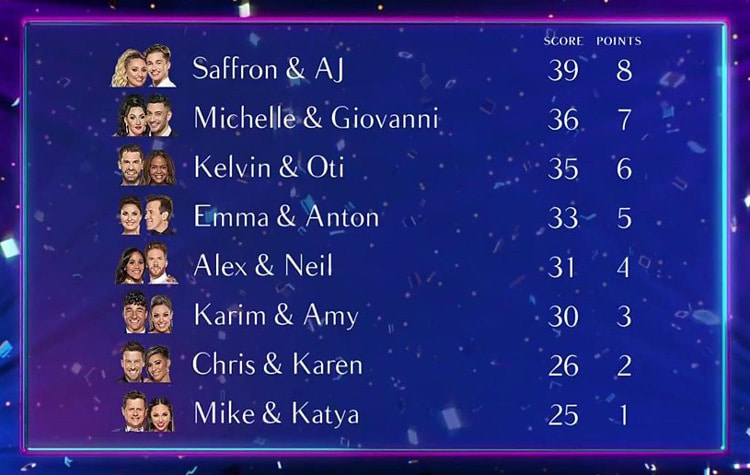 @theemmabarton loves to improvise 😂 but it certainly paid off tonight! @mrantondubeke #Strictly

Sunday this week was Remembrance Sunday and the Results Show was particularly poignant. After a wonderfully emotive group number, followed by a haunting rendition of ‘Bring Him Home’ from Luke Evans, I don’t think there was a dry eye in the house. Wonderful tributes to those whose memories we honour, and to whom we all owe so very much.

In regard to the results, I don’t think there’s ever been such a demonstration of the power of the viewers’ votes: everybody at home must have been assured that Michelle & Giovanni were safe having reached 2nd place on the leaderboard – but there was a gasp of astonishment in the studio as it was announced they were in the dance off.

They were to dance against Mike & Katya who had likely braced themselves for this fate, having placed last in the live show. Nobody had expected this duel… but the outcome reflected the Saturday scores as the judges voted Michelle & Giovanni through, and Mike & Katya took to the floor for their last dance. In true Mike style, he launched into a conga and we all joined in! Tremendous!

Well, my loves, Emma and I were absolutely thrilled to bits to make it through – and each week it all hinges on your votes – for which we are so incredibly grateful! This week, of course, we have the huge bonus of making it through to Blackpool! What a landmark!

Hats off to @EmmaBarton and @TheAntonDuBeke! They'll also be dancing in the Tower Ballroom next weekend. #Strictly pic.twitter.com/PU9Bi2dCDT

I’m so proud of Emma’s progress and how she’s steadily growing in technique and confidence from week to week – and now for her to have the opportunity to experience dancing on the world famous Tower Ballroom dance floor, well, I simply couldn’t be happier! This is something each year I wish for all my partners… and when that wish comes true, I feel incredibly lucky and honoured to have had the partner, and support of the public, to get us there.

This coming Saturday we’ll be dancing an American Smooth at the Tower, and are already filled beyond words with excitement and anticipation. Emma’s doing simply marvellously in training, and I think this is the perfect number for such an auspicious night!

“Let’s Face The Music And Dance” is our song, and, all set to bring a Hollywood-style performance to the ‘Vegas of the North’, that’s exactly what we’ll do!

Tune in this Saturday, 7:05pm, BBC1 as just 7 couples take to the floor. Let’s hope the Blackpool lights shine down favourably on us as we edge ever closer to the Grand Final… have your votes ready, my loves!