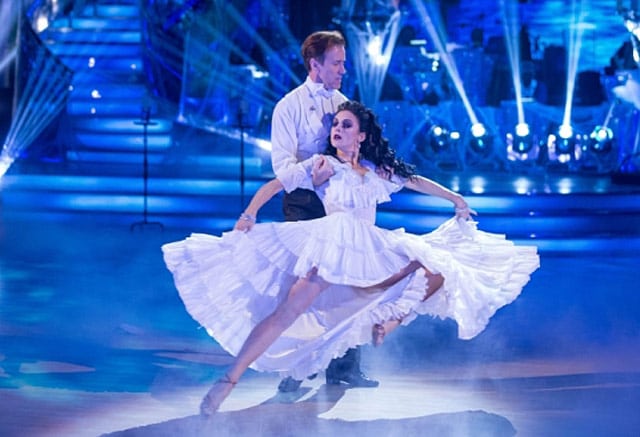 Week 6… Hallowe’en themed no less, and despite our best efforts, it seems that frightful is indeed the word!

Now when I say frightful, I should clarify. On the one hand, what a frightfully fantastic evening! First class entertainment all round. The staging, music, costumes, hair and make-up… perfectly ghoulish and befitting the theme. And of course, the fearsomely phenomenal performances from all the dancers – no mean feat with some of the get-ups we were wearing!

Frightful, on the other hand, in the mortifying verdicts from the judges. Ah yes. Our nemesis!

Well, once again, we thought we’d delivered a rather ‘wicked’ performance: this week, a suitably spooky homage to The Phantom Of The Opera, with a hauntingly powerful rendition of the musical’s infamous theme by our resident band.

I do believe it’s the first time I’ve opened the show, in all these years… and now in series 13 (unlucky for some!) what an entrance we made!

Let’s set the scene: eerie Venetian canal – me as Gondolier complete with Phantom mask and cape, Katie as my beautiful protégé Christine, with Sarah Brightman hair and a lavishly layered ghostly white dress. Mist billowed across the scene as we disembarked from our gondola and launched into our Paso Doble routine. 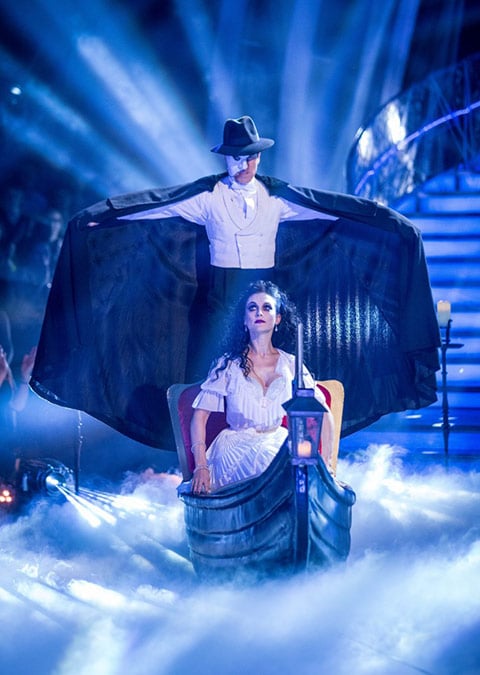 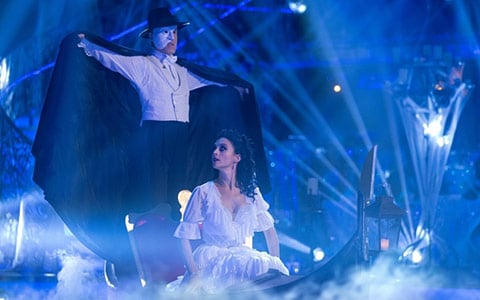 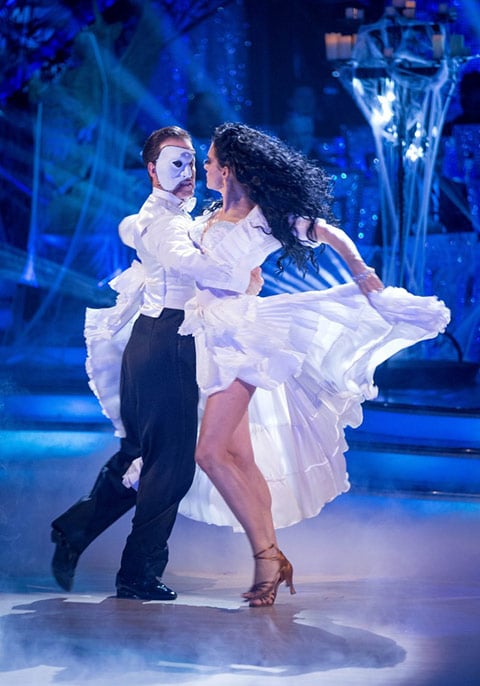 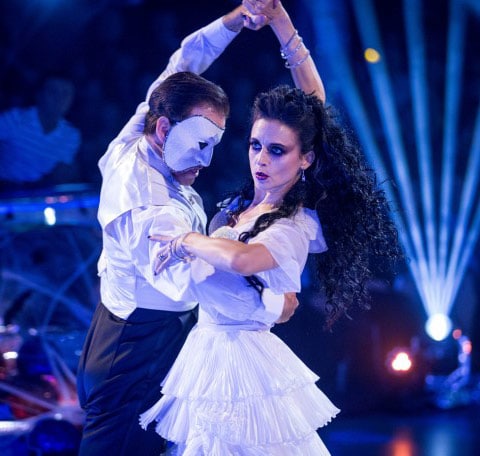 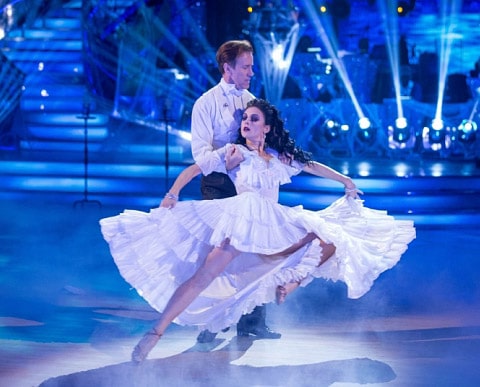 Week after week, Katie always embraces the true spirit of each dance and it thrills me to be her partner. This week was no exception and we both had a truly phenomenal time on the dancefloor. I was matador, and Katie my cape for which her billowing dress worked a treat. We covered the dancefloor with plenty of drama, intensity, and attitude; lots of Paso content, theatrically framed, and with moves finished off with some rather divine lines and shaping by Katie, especially in her arms and hands – tremendous!

As the music drove to its climax, so too did our routine, with a sequence of spins and leaps, and… the audience were on their feet! Hurrah!… Or so we thought.

The judges (this week AKA The Addams Family!) weren’t of the same opinion, and we could tell from their faces straightaway… even through the fearsome makeup! Len quite rightly acknowledged that Katie is an English Rose, but that the Paso didn’t suit her personality as a result and her footwork was “scary”; “It wasn’t great, Kate,” were his last words on the matter. Bruno said “you have to be a primadonna to dominate,” and likened her performance to that of a doorman. We’re still puzzling on that one. Craig said he thought Katie was “very stiff and had awkward balance issues throughout,” – at least something constructive in there; and thankfully Darcey took a more positive view, saying that Katie was showing “good improvement” with her Latin, and looked stunning too.

The scores didn’t sit any more comfortably, kicking off with a 4 from Craig, 5 from Bruno and 6 each from Len and Darcey. 21 in total… gruesomely the same as last week. So much for our ‘onwards and upwards’ strategy, this came as a spiritual low! 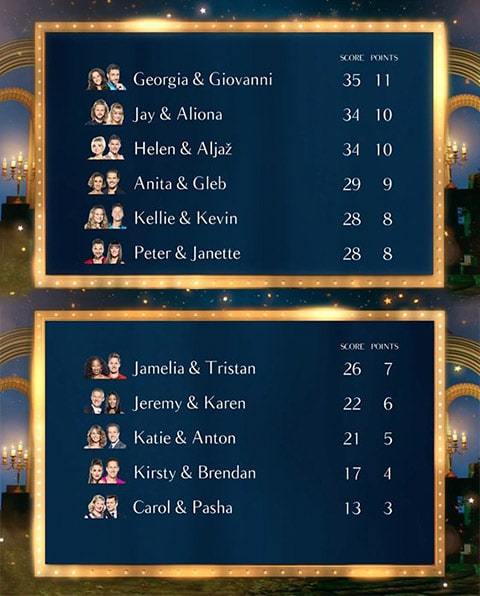 We knew the situation was grave, positioned once again so close to the bottom of the leaderboard. What a shocker, particularly as we’d simply hoped the scores would start to reflect a general improvement. I do believe we really needn’t have worn any make-up for the Results show… our faces were ashen enough as we stood, desperately hoping our names would be called out as being safe.

But, once again thanks to you, our wonderful fans, we were spared from the dance-off! The combined score kept us clear of the bottom two slots, and we were granted safe passage through to Week 7.

An altogether different fate befell Jamelia in a cruel twist of the leaderboard, and Kirsty, who both had to dance again, head-to-head. Even though both couples’ dances were devilishly good, the judges decreed it was Kirsty’s Charleston which had given them more of a fright, and that her time had come to depart the Strictly dancefloor once and for all. Another new friend and truly delightful personality lost from the show. Huge commiserations.

And so we returned to the studio first thing Monday to focus on the new dance – this time it’s ballroom… Best foot forward: it’s the Quickstep!

See you on the dancefloor on Saturday, my loves,