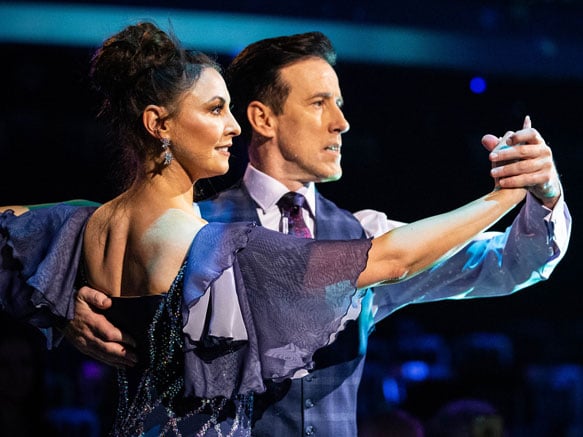 From Strictly leaderboard to leadership election – what a week this has been for counting votes! After placing third of four in the Semi-Final leaderboard last Saturday, no-one was more surprised than Emma and I to learn that the public had voted us straight through! We must have captured the hearts of viewers with our two dances, and are simply amazed and thrilled by the public support we’ve been receiving! One more night of voting to come: it’s the 2019 Strictly Grand Final tomorrow… Emma and I have made it to the final three… and, after seventeen series, that glitterball trophy has never been closer!

Hot on the heels of our 39 point Charleston in Quarter Finals week, Emma and I were both ready and raring to start training for the Semis. Those three tens came at just the right time to give us the oomph to go from learning just one dance in a week… to taking on two!

You can imagine how the pressure – and nerves – could quickly build, trying to get two routines learnt and polished in the same space of time – Emma, however, is just a natural! I’m sure it comes from all the line-learning for her day job, but we had an exhausting but fantastically productive week with our Cha Cha Cha and Waltz – two very different dances indeed. Emma embraced them both with open arms – and was all for getting the party started with the Latin number – just the ticket, as it turned out we were to open the show! And the Waltz, well, we’ll come to that later, that was something very special indeed.

The week itself was a whirlwind. It felt like we’d barely begun training before we were suddenly at Elstree making all the preparations for the live show. The excitement among the couples on Saturday was, put simply, off the scale. We all knew what a big night this was – we were all so incredibly thrilled to have made it this far in the competition, but equally, we were all acutely aware that one couple would be going home… perhaps on the worst possible weekend for elimination: a mere week away from the final! High stakes… high spirits – we were ready to put on a show! 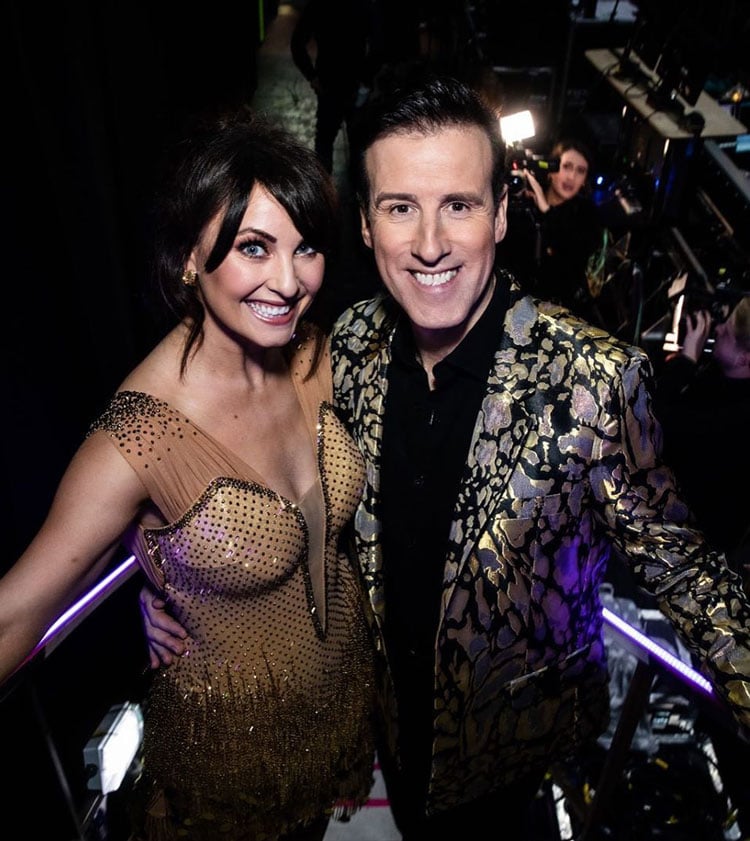 With the pre-records done and everyone all dressed and made-up ready for their first dances, the Semi Final was live to the nation – and we were up! My, what a dash we cut – visions in gold as the band struck up Jess Glynn’s ‘Hold My Hand’ to open the show – what a number! What a jacket, too… the judges were certainly going to be mesmerised one way or another! 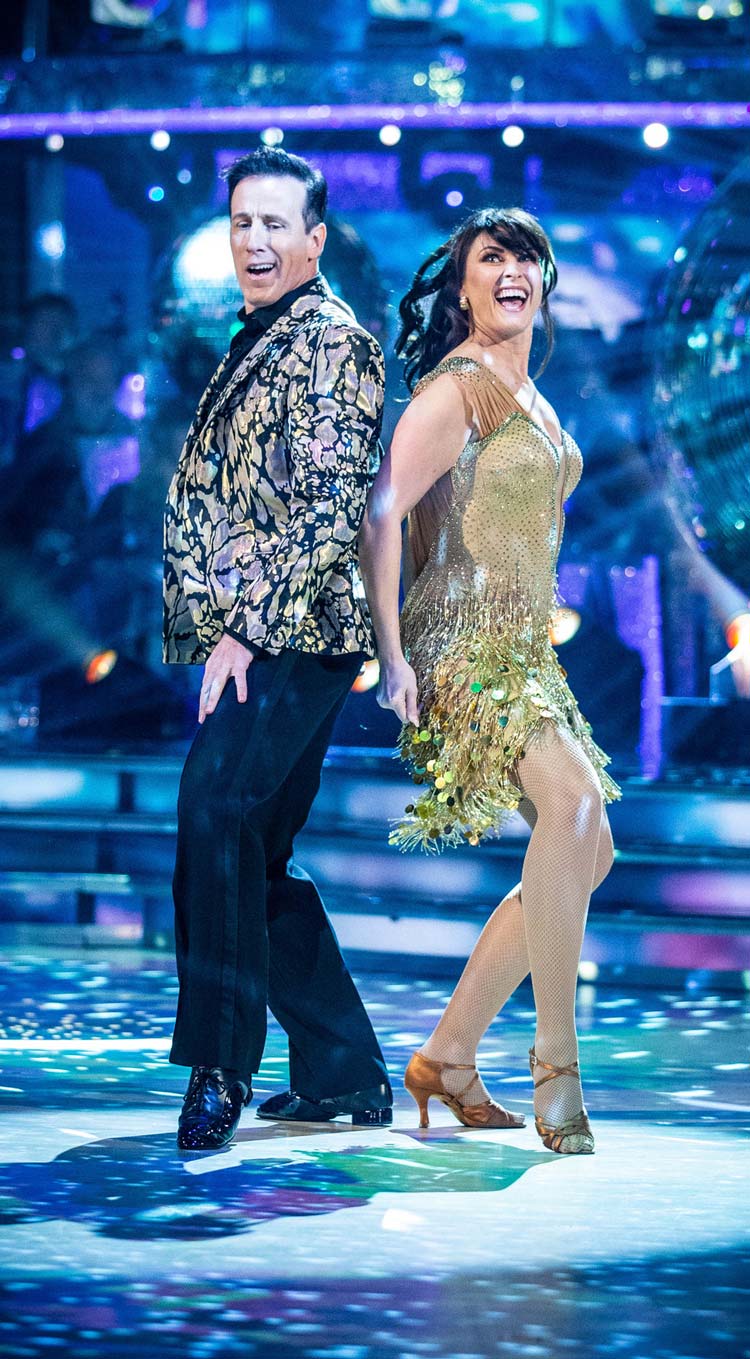 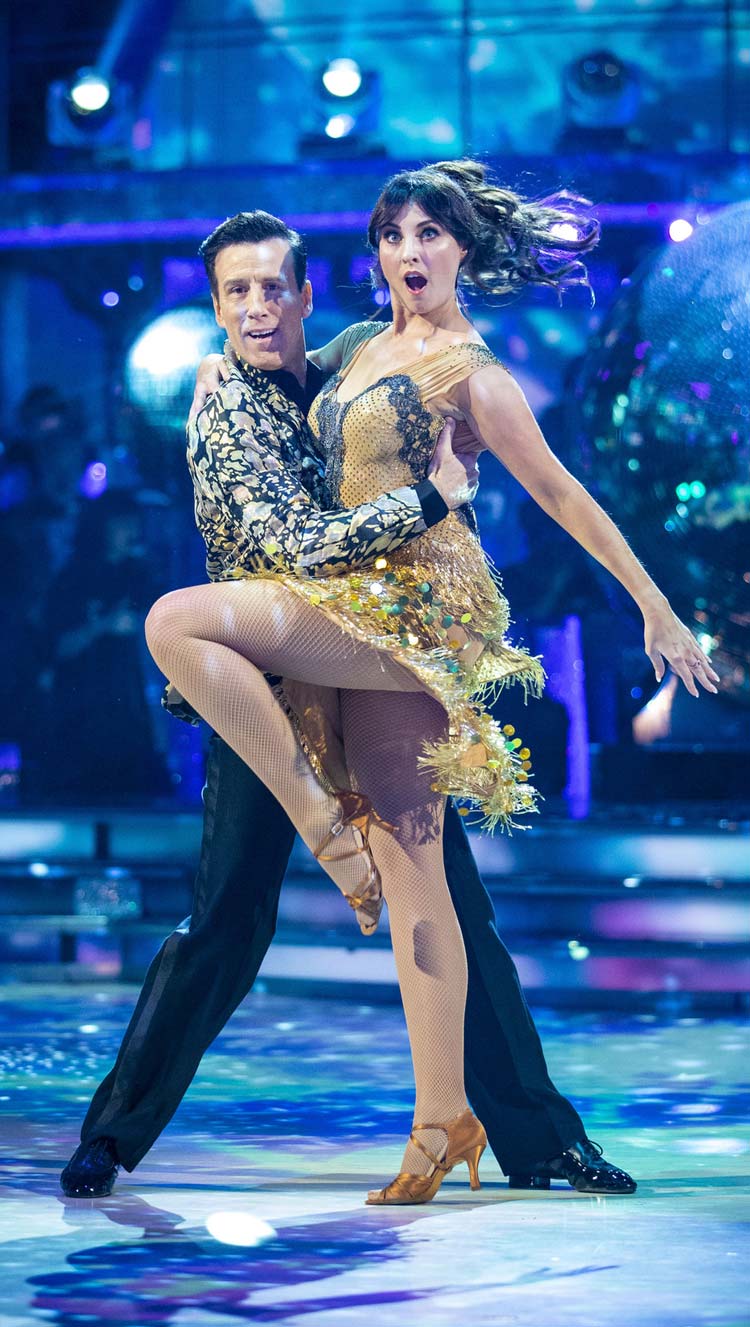 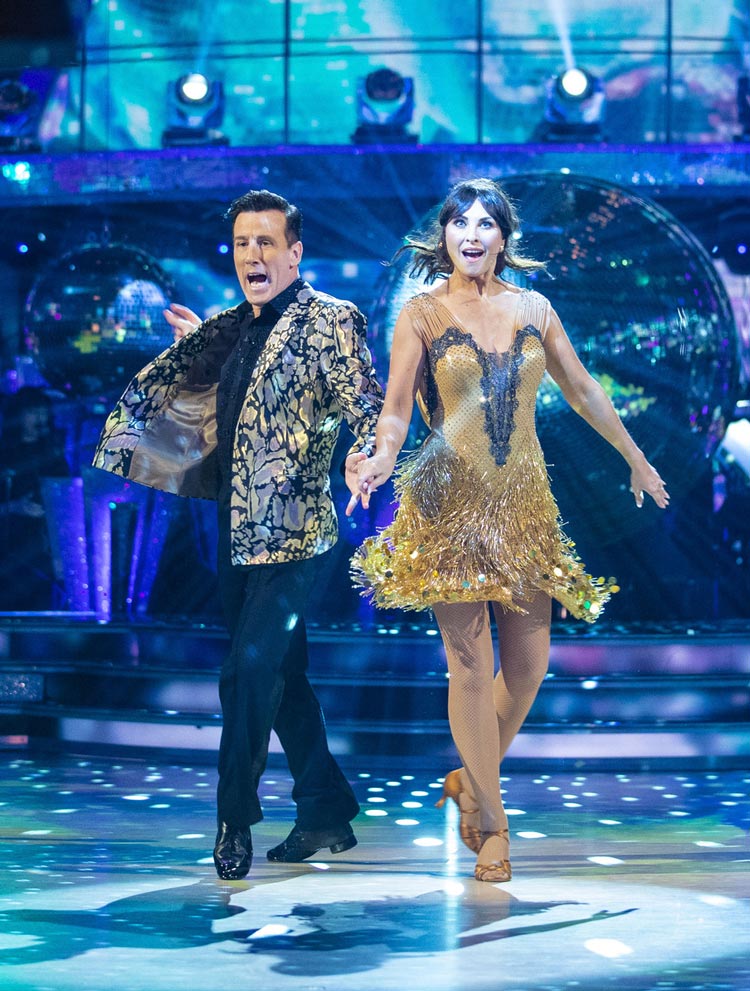 I had every faith Emma would win their approval with this dance – she literally exuded latin energy and strictly sparkle. The rhythm was driving throughout the whole number and it worked its way up through the floor, up through her body, all the way through to her fingertips – everything was moving! All at speed, too – pure exhilaration! (Perhaps a little too much at times, as I managed to split my trousers mid way through!) We timed our finalé to a tee, right to the very last beat, and I could tell Emma had loved the dance from the look on her face… even more so when we saw the audience up on their feet!

“A massive improvement” over our first Latin, said Shirley, who was impressed with the rhythm, personality and chemistry! Bruno said it was a very strong performance – and “Every move had a face!” Fabulous, I think…! Craig of course wanted more hip action but said the isolations and energy were fantastic – and that “the performance was exceptional.” Motsi then rounded it all up very nicely indeed: “Absolutely amazing.”

Wonderful reviews, off to a great start, I thought – and we bounded up the stairs to Claud and the gang for our scores! 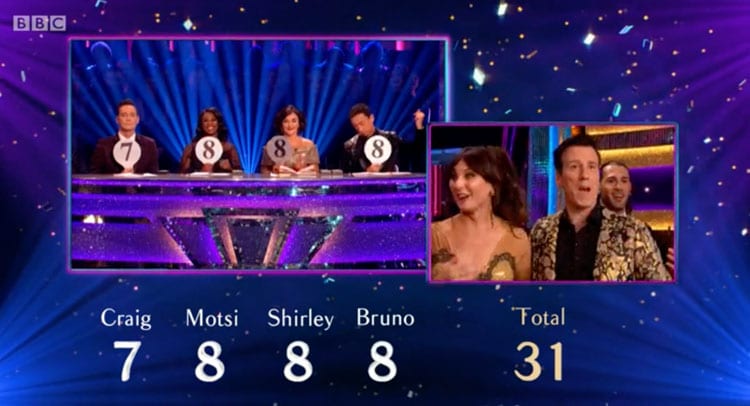 A 7 from Craig, and 8s from Shirley, Motsi and Bruno for a total of 31. Not so high as last week admittedly, but I don’t mind divulging, it was my highest score for Latin – so we were still heading in the right direction!

They Cha Cha Cha-ed so hard, @mrantondubeke split his trousers! 🤣Thanks for bringing the party to the #Strictly Semi-Final @theemmabarton. 🎉

For our second dance of the night, the Waltz, we’d been given the very beautiful classical piano piece by Satie – his Gymnopédie No.1. One of those instantly recognisable pieces, and one which has the remarkable ability to create an incredibly still, dream-like atmosphere.

The gentle melody in slow 3/4 time is almost hypnotic, and I knew this number could be truly special – the potential to make a ‘moment’: one of those dances where everything comes together to make a real performance piece, one that really moves an audience. This was the dance I’d waited 15 years to choreograph on Strictly. The right dance, the right music, the right partner – the stars had aligned at just the right time in the competition. It was going to be classic ballroom: no need for complexity – a beautiful showcase of pure ballroom grace.

So delicate, you can almost hear a pin drop. Stunning Semi-Final steps from @EmmaBarton and @TheAntonDuBeke. #Strictly pic.twitter.com/qEs7J2l9gv

I was right – we had a moment! You could have heard a pin drop; we were floating on air, the music drifting across the floor like a gentle lullaby – it was as though we’d been transported to another world – just us, the music, and nothing else. Magical, and emotional. 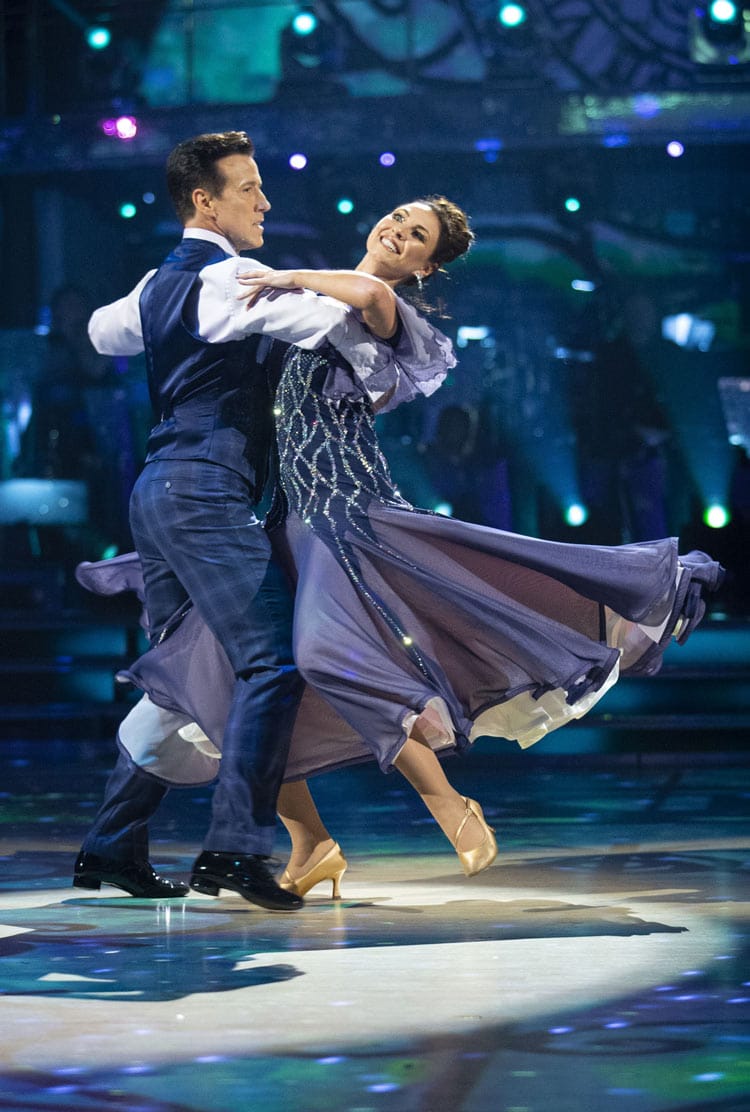 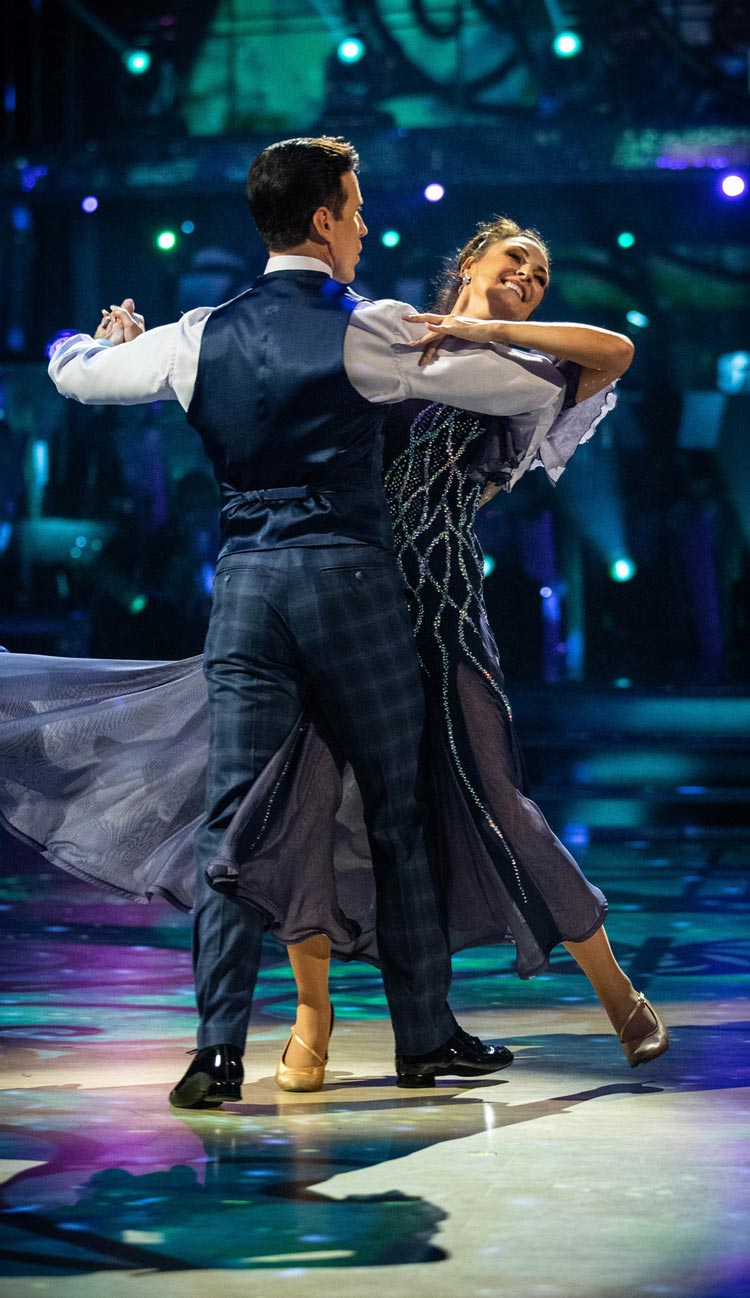 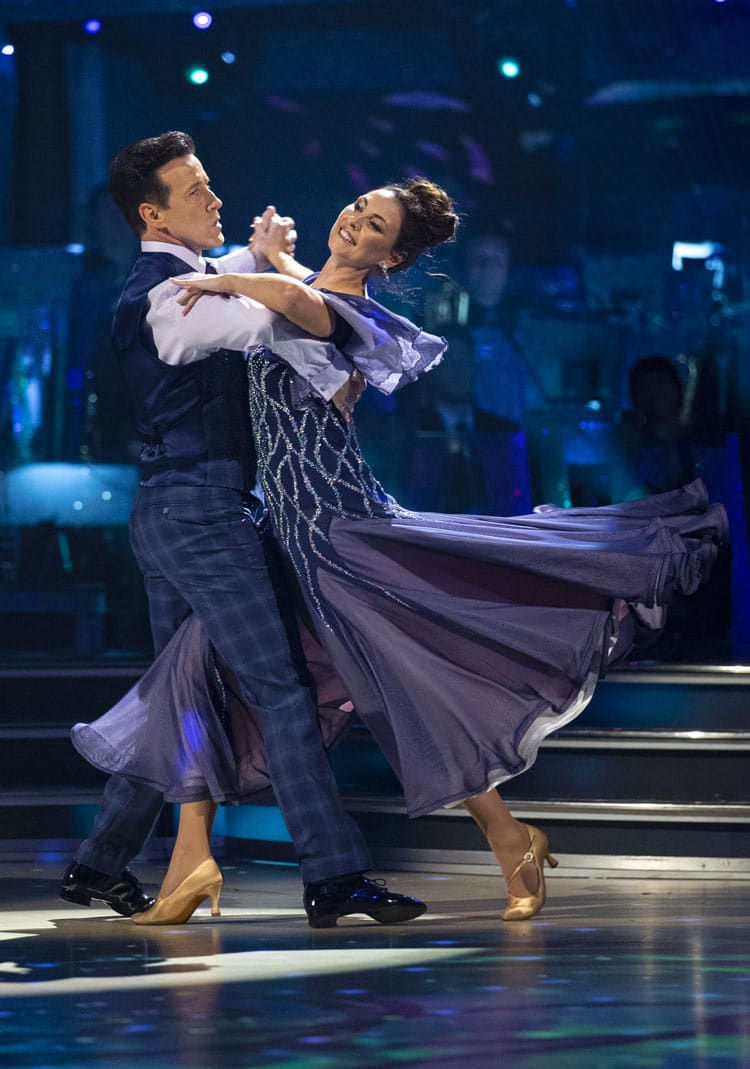 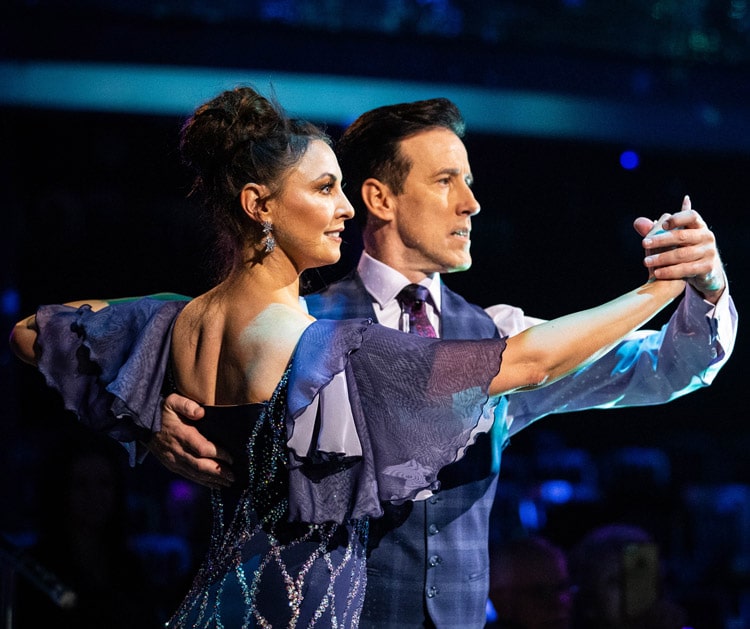 “Etherial , beautiful, musical… gorgeous,” from Shirley… “Natural elegance, hypnotic beauty,” from Bruno who’d also picked up on the challenge of the accent being on the second beat of the bar. Craig found some points to complain about… but conceded it was “very beautiful!” Motsi loved the pure dancing, no tricks, and appreciated how much work had gone into this performance.

I had everything crossed for a good score – and wasn’t disappointed: 8 from Craig, 9s from Shirley and Motsi, and… wait for it… a triumphant 10 from Bruno! Total: 36 – fabulous, especially that 10! 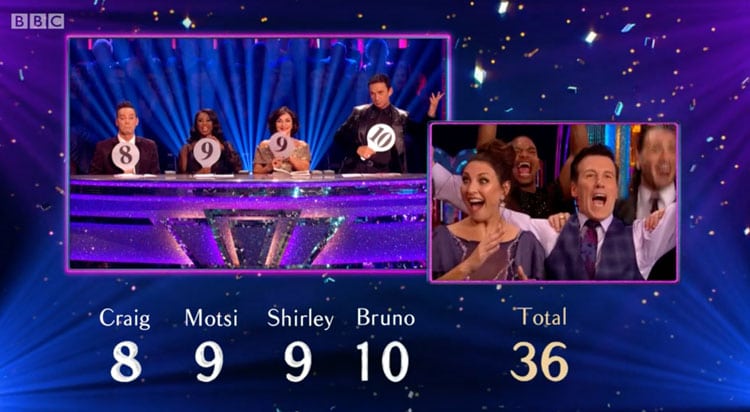 Such an emotional moment for @theemmabarton and @mrantondubeke tonight! A stunning Waltz with a score of 36. #Strictly

All the couples performed to such a high standard that night, and it was a privilege to be dancing among them. We placed third of four on the leaderboard, below the ‘Special Ks’ – Kelvin and Karim, but we all knew how the public vote could turn things around… 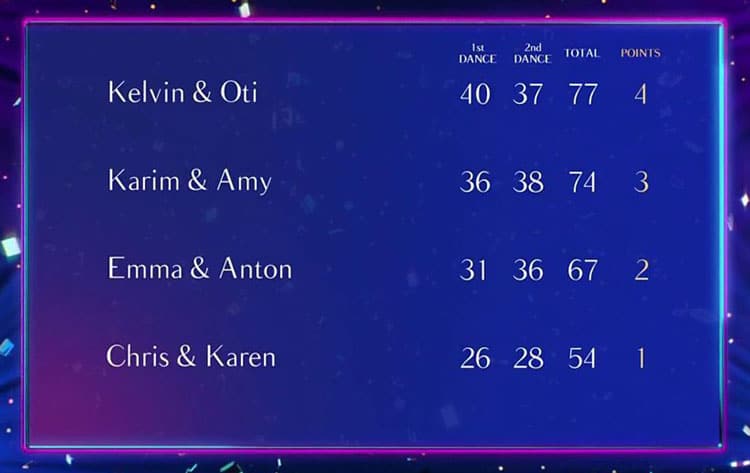 So it came as an incredible surprise in the Sunday evening results show to learn that we’d miraculously escaped the dance-off, and made it straight through to the Final alongside Kelvin & Oti! My goodness me, we hadn’t anticipated that at all – and it’s clearly all down to your votes. Once again, tremendous thanks for each and every one of them – your continued support this series has not only seen us make it through from one week to the next – they’ve also kept us safe from the dance-off! Just remarkable!

🤩 @EmmaBarton and @TheAntonDuBeke have made it to the #Strictly 2019 Final! But now Chris and Karen must face the Dance Off again. pic.twitter.com/Fo1LsO0wKG

Emma was beside herself with joy at making it through – don’t forget, she’s been a Strictly Superfan from the start. For us now to be Grand Finalists… I’ll say that again… GRAND FINALISTS!… is beyond belief – just terrific!

Chris & Karen and Karim & Amy weren’t as lucky, and had to dance once again for the Judges. What valiant performances they each gave, with Chris’ Rumba being to my mind, another ‘moment’ on the show. Karim’s wonderfully high performance level ultimately won out and he became our third finalist – huge congratulations to him and his partner Amy, and huge commiserations to Chris & Karen – what a time to go… but no mean feat to have made it this far!

It’ll be my second time in the Final – I made it there with lovely Katie Derham in 2015 where we did a very dramatic show dance to ‘O Fortuna’ … oh we were so close to the glitter ball trophy… and had had such a consistently good run through all the weeks – but we’d only made it to the final four, not the final three.

The journey with Emma has been different in that there’s been a steady upward trend, plus we’ve been awarded some magnificent scores – personal bests in fact! All this bodes very well for the Final!

If we thought last week was intensive, this week beats it hands down. Three dances to perfect!! We have the Judges’ choice: The Charleston (with a bit of new choreography as we won’t have the backing dancers this time)… then we’ve got our Showdance to the Irving Berlin classic ‘Let Yourself Go’… plus our own choice which we’ve just revealed on It Takes Two this evening… the Viennese Waltz to ‘Send In The Clowns’! What a Grand Final this is going to be – just you wait!

Here’s hoping for a perfect 40 for us at some point in the proceedings… But remember, the Judges’ scores are just for guidance in the Final – the overall result is solely down to the public vote. It’s all in your hands, my loves – you have the power!

So, lots to do in readiness for tomorrow’s show. Emma has danced her socks off this week and I’m so proud of how far she’s come and how beautifully she’s dancing. It will give me such great pleasure to take to the Strictly dance floor for one grand, final night with her tomorrow evening.

Tune in, 7.05pm BBC1 for an unmissable end to Strictly Come Dancing 2019 – and have your votes at the ready, my loves!