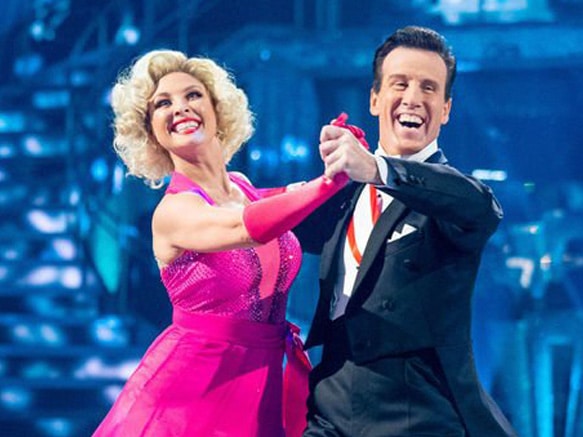 Strictly is going up a gear each week! The pace is high, the race is on – physically, mentally, emotionally… everything is heightened as the glitter ball gets ever closer! This stretch between Blackpool and the Final is like the last 100m of a great race with the finishing line now in sight! None of us couples want to be eliminated before reaching the end – including yours truly and his gem of a partner, Emma – with a sparkling week 10 Quickstep helping us go the distance through to …the Quarter Finals!

If ever there was a dance to start a dash to the end, it’s the Quickstep! Set to ‘Diamonds are a Girl’s Best Friend’, with the wonderful Moulin Rouge twist, we couldn’t resist going all out with Hollywood pazzazz especially as silver screen goddess Marilyn Monroe was a particular icon of Emma’s! The Strictly team didn’t disappoint – by the time we were in costume, with the stage all set, we felt like stars ready to dazzle!

After a faultless dress run there in the studio under the glittering canopy of chandeliers, we were all set for the big night. Nerves steeled, focus sharpened, routine nailed. After all, we had big shoes to fill following the tens scored the week prior in Blackpool.

The band struck up with a trumpet fanfare, and Emma struck a pose at the top of the stairs looking for all the world like Ms Monroe herself! She was a vision in pink as she came down to greet her audience – what an entrance! What stage presence!

I dashed over, took her hand, gave it a kiss, and we were off! At that tempo, too, we almost literally took flight – a good quickstep is nothing if not quick!

Such an exhilarating dance – quite a feat of coordination and synchronisation, on top of maintaining one’s frame, balance, speed, and footwork! Emma took all this in her stride, even to the point of fabulous tricksteps like the pendulum. I hadn’t realised but Emma was so in character that she’d timed the words ‘Come and get me, boys’ to a tee, delivering the line direct to camera in the middle section! What a pro – such detail! 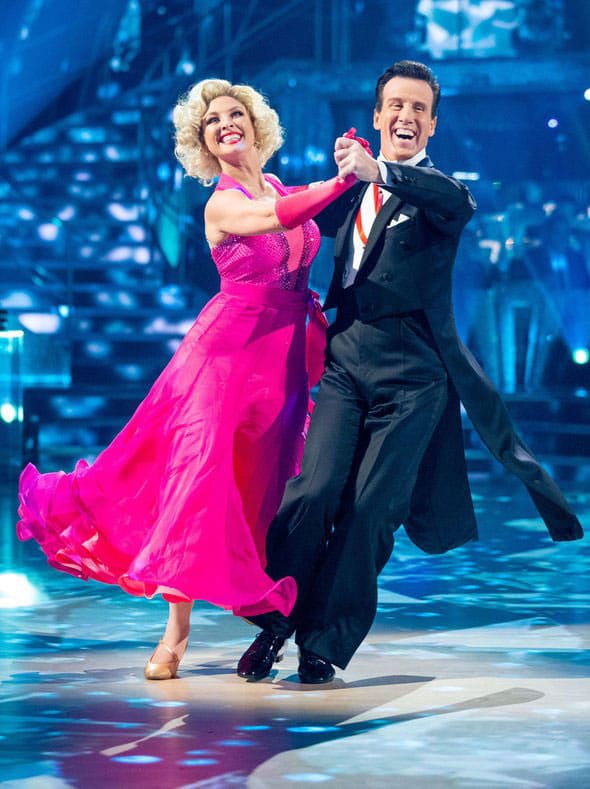 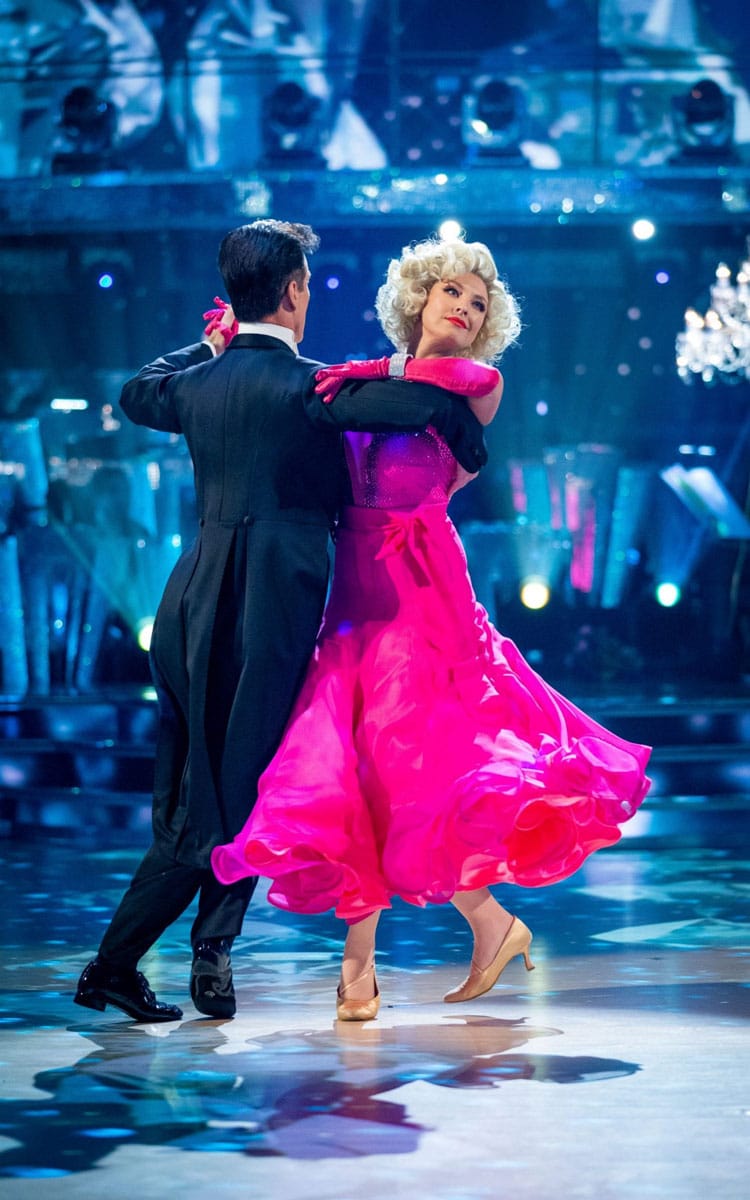 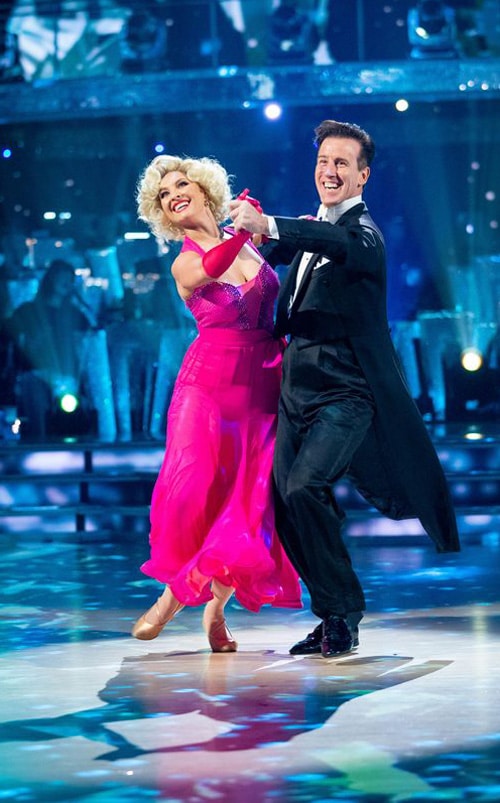 Add to the mix the thrill of the live audience and it’s perhaps no wonder that momentum on the night allowed a small slip to creep in – a hop on the wrong foot – quickly corrected, but of course, one that didn’t go unnoticed by the judges. Back on track, and having rocketed around the floor covering all four corners, the routine built to a fabulous finalé. The band crescendoed with our promenade runs to bring us to final positions where my wonderful blonde bombshell struck another classic Monroe pose – such refinement, such panache! 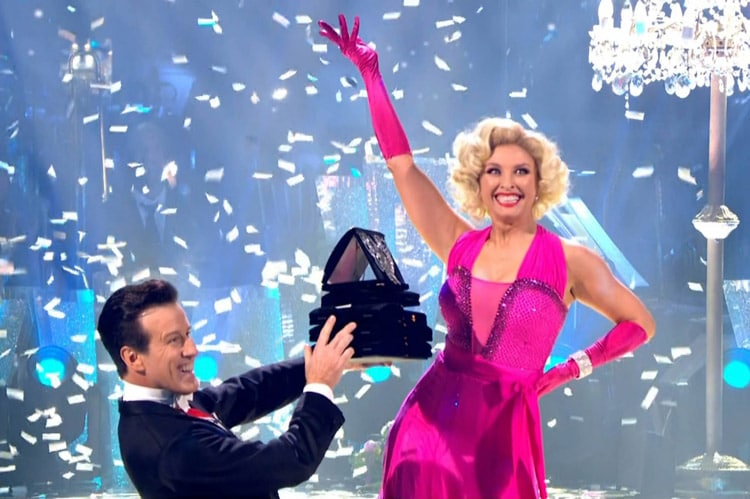 And the jewel in the crown?… The audience were on their feet! Tremendous!!

I thought Emma danced it wonderfully – more than that, it was a gem of a performance, and I could tell that her confidence had taken yet another leap since last week to make this so special.

I’m delighted to say the judges were on the same wavelength, too – a hop away from brilliant, one might summarise…

Shirley spotted the slip, but very encouragingly said “what an improvement, keep moving forward!” Bruno said the bits that were right were “pure bliss” and that it would be spotless if we danced it again. Even Craig said “it could have been fantastic” and would love to see it as intended – ending with a solid “Well done!” Motsi said Emma did a great job – she loved her top line and frame – “brilliant upstairs” – but that Emma’s feet needed to be a little clearer.

Very positive overall, I thought, and felt we were still very much in the running. I knew straight away that Emma was frustrated at her slip, but it’s so easy to focus on the negative and not hear the positives – of which there were a great many!

The scores were in. A 6 from Craig, a 7 from Shirley, and very welcome 8s from Motsi and Bruno for a total 29. 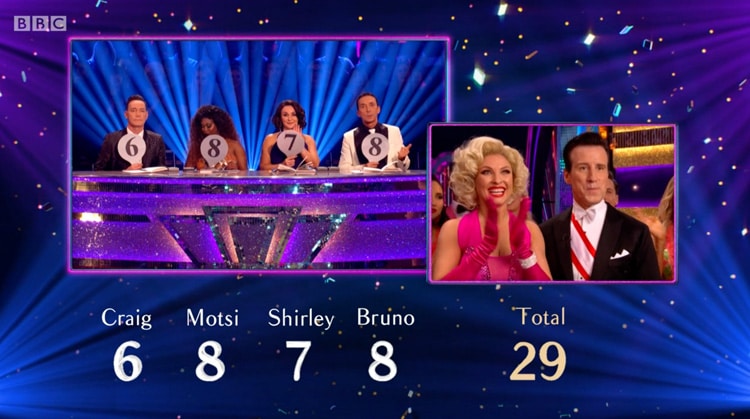 Not bad at all, placing us 4th on the leaderboard… in other words, two from the bottom. 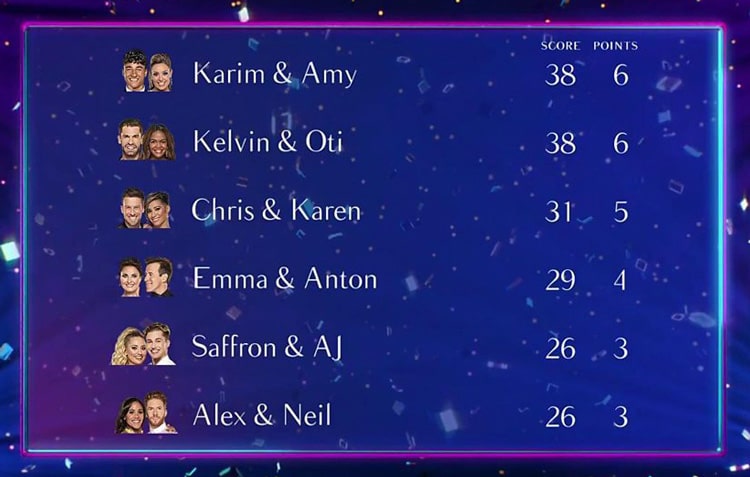 Remarkably, with ties at the top and bottom, just 3 points separated first and last places by the end of the show which meant it could all turn on its head with the viewers’ votes.

And that’s just what happened: the shock dance-off this week was between leaderboard-topping Karim & Amy, and Saffron & AJ. The news that we were safely through came as an incredible relief to us, perhaps more so to me, given my reaction! Pure elation!… Simply overjoyed that we’d get to dance another week!

THAT reaction says it all! Well done @EmmaBarton and @TheAntonDuBeke, you're first through to Musicals Week! 👏 #Strictly pic.twitter.com/TiAdtVHv9O

Thank you so very much, my loves, it’s just thrilling to know that you’re supporting us so wonderfully – and enjoying our dances each week. It really does mean the world!

The dance-off was particularly emotive this week with our Strictly family getting ever smaller. After two marvellous performances, the judges saved Karim & Amy and very sadly Saffron & AJ had to take the floor for their very last dance. They’ll be much missed – and I do so hope Saffron continues to dance, especially after getting so far in the competition.

And so, five couples made it through to week 11… and Emma and I were one of them!… Through to the Quarter Finals, no less! And what’s more, it’s Musicals Week – a genre very close to both our hearts!

We’ll be dancing a Charleston to ‘Thoroughly Modern Millie’ – marvellous combination there – and we’ve got everything crossed that it’ll be a real crowd-pleaser! Like the Quickstep, the Charleston’s another energetic dance – so there’s no letting up in pace in our race to this finish line!

See you on the dance floor Saturday night my loves, 7:10pm – there’s a glittering place in the Semi Finals at stake!