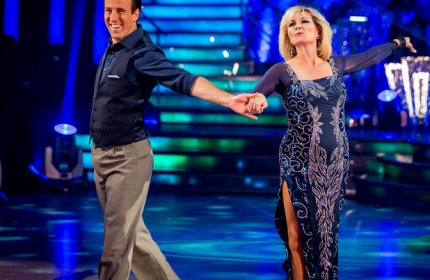 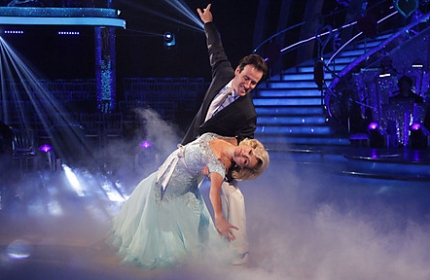 Darcey likened Fiona to Grace Kelly… And Tess likened me to a lothario. I’ll take that!

A rather wonderful waltz from Fiona… all the steps in all the right places, and, danced to ‘True Love’ it was true grace indeed. We even scored my age (ish) in points – a staggering 28 – which placed us in the top half of the leaderboard… And that hasn’t happened for a while!

It was Fiona’s birthday wish to make it through… and your votes have helped make it come true – thank you very much indeed – she’s over the moon!

Sorry to see Vanessa go, especially after her emotive waltz last week; it can all so easily hinge on the dance.

And on that note… we’d best get our feet into action! 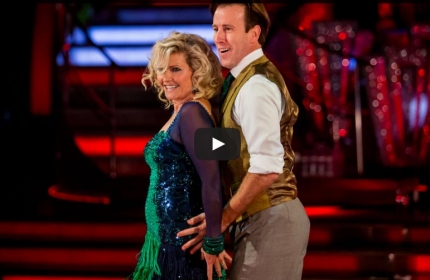 Well, we thought it was an improvement! Hip action may have started out as a challenge, but the dance was full of character and to my mind, Fiona Cha Cha’d like a champ. Lively, energetic, rhythmic… a thoroughly charming performance.

22 points… room for improvement; best get back to rehearsals!

Thrilled to have made it through, but of course sad to see Tony and Aliona leave. Many thanks to all of you who voted!

See you in the ballroom next weekend! 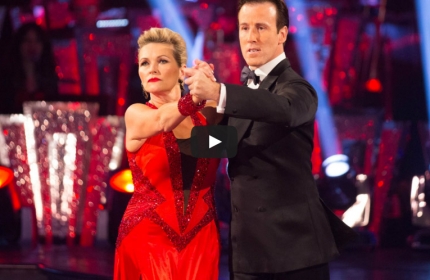 “Sharp as a lemon tart,” according to Len… didn’t Fiona do well in our first week’s dance?! 24 points – I’m rather delighted! All suitably Bond-themed – danced to ‘A View To A Kill’ in which Fiona starred. Marvellous! Watch it again here.

Here’s to next week! 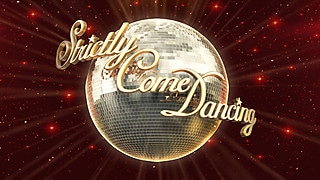 Series eleven of ‘Strictly’ has already burst onto our screens with a cracking Red Carpet Celebrity reveal show. And if that tantalising warm-up for this season’s show is anything to go by, it’s going to be unmissable viewing!

This year I’m delighted to say I have the really rather super Fiona Fullerton as my celebrity dance partner. We’ve been hard at work rehearsing, and I couldn’t be happier with her progress; I’d go as far as to say she is shaping up rather nicely! Here’s hoping I might make it a lot further this year… bring on the competition! 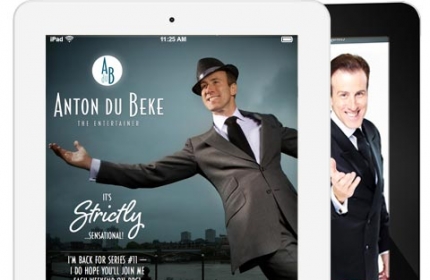 A Thoroughly Modern Man… That’s Me!

For those of you who know me well, you’ll know I’ve been a little slow to embrace technology… But with a new shiny new iPad under my arm, I’m doing my best to get up to speed. And up to speed is now an understatement… I’ve gone the whole hog and had a fabulous new website to boot, complete with videos to watch, a live social media feed – get me with all the technology jargon!

So with Strictly things to do I really must dash, but before I go I’d just like to take the opportunity to thank you all once again for being just the very best fans anyone could ever wish for, and for your continued support and encouragement!

With all my love